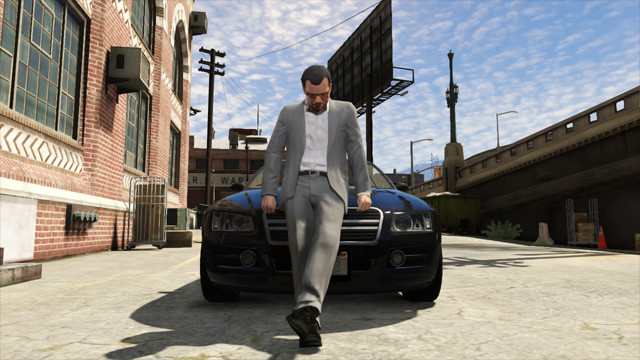 The rain has stopped, the clouds have parted and sunshine is falling down on us once again: GTA V is finally coming to PC, and pre-orders begin later on today.

Doing a somewhat muted announcement, Rockstar Games have officially confirmed that GTA V is coming to PC, alongside the Xbox One and PS4, later on this year. This new version of the game will feature better graphics, higher level of detail and technical improvements across the board to take full advantage of the capabilities of PCs, and new-gen consoles.

Even better, PC gamers get a bit of something extra. Rockstar says GTA V for PC will also feature a video editor “ designed for advanced movie-making”. As streaming gameplay video is a booming business in and of itself, there’s no doubt that folks will appreciate this extra feature.

As mentioned, pre-orders begin later on today, so check this page often if you’re looking to buy the game.