In June, Microsoft announced it was going to launch a new Xbox Music online music and video service. While the company has not flat out announced that its current Zune service will be shut down, a FAQ on the Zune.net site makes it pretty clear that customers will be transitioned to the Xbox Music service when it launches later this fall. 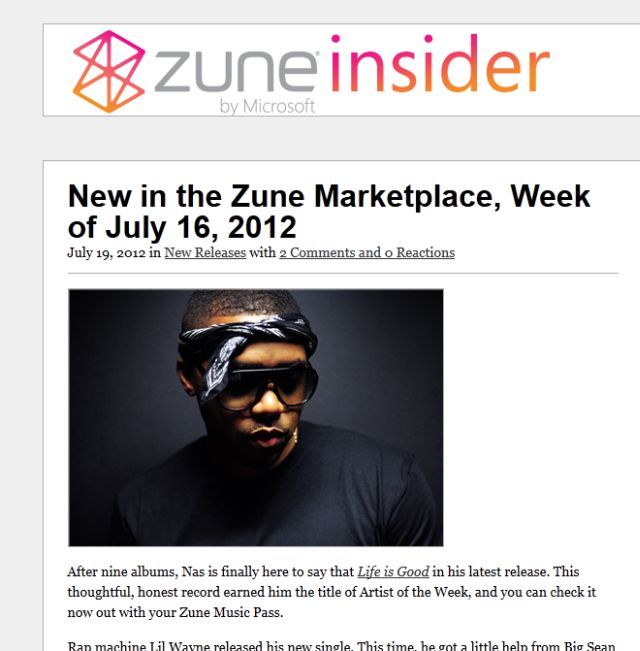 Now it appears that the process of shutting down the Zune brand name has already started. The Zune Insider blog, which Microsoft has been updating regularly for a number of years, has not posted up a new entry for the past few weeks. The last Zune Insider blog post was made on July 19.

The Zune Insider blog was used by Microsoft to alert Zune users of new music, movie and TV shows that were added to the service, along with recommendations from Zune team members. We have emailed Microsoft if the Zune Insider blog has indeed been retired. However, their spokesperson sent back a response that repeated what Microsoft had previously said about the future of Zune:

The Zune music and video services have been a key component of Microsoft’s evolving entertainment offering. We’re leveraging our expertise from Zune, and its assets, to launch a brand new music service. We have nothing further to announce at this time.

People who still want to keep up with all of the new content that's being added to Zune can head over to the service's Facebook page, which is still being regularly updated. However, it looks like the writing is on the wall as Microsoft prepares to launch the Xbox Music service.