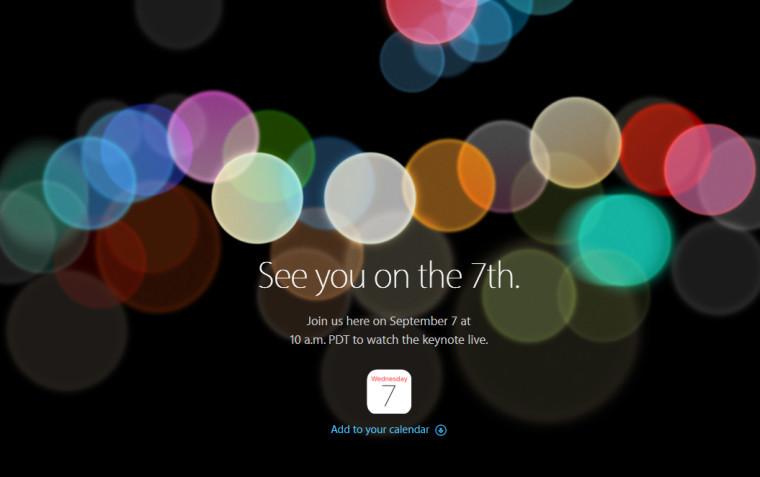 The iPhone 7 has been in the news for months, surrounded by a veil of rumor and speculation with regards to its new capabilities and features. So it’s almost hard to believe that the day is finally upon us, and in just a matter of hours we’ll get to officially see the new iPhone. Apple will be kicking off its keynote at 10 AM PDT/ 1 PM EDT / 6 PM BST / 7 PM CET.

Of course, watching the grand event on one of Apple’s device is probably the easiest route to take. If you’re on an iPhone, iPad or iPod touch all you need to do is go to Apple’s event page here. The only catch to all of this is that you’ll need to use Safari, on iOS 7 or newer.

Once again things stay simple for Apple users. To get to stream keynote on your Mac all you need to do is open up Safari 6.0.5 or later, on OS X 10.8.5 or later, and head to Apple’s event page here.

If you’re on an Apple TV, the company will be highlighting the keynote on the TV’s main screen, so you can enjoy the entire keynote just by clicking that. You’ll be needing an Apple TV 2nd or 3rd generation with OS version 6.2, or the 4th generation Apple TV.

Since Microsoft’s new Edge browser came out last year, Windows 10 users have the privilege of getting to watch Apple’s events in a straightforward manner. Just as if they were an Apple user, those running Windows 10 can simply fire up the Edge browser and head over to the event page. The keynote will start livestreaming once the event kicks off.

These are the usual method of watching Apple’s events live, but as mentioned, we’ll also be featuring all of the company’s major announcements on the front page so make sure to check out our coverage for in-depth coverage of Apple’s plans.

The keynote kicks off later today with the following schedule: