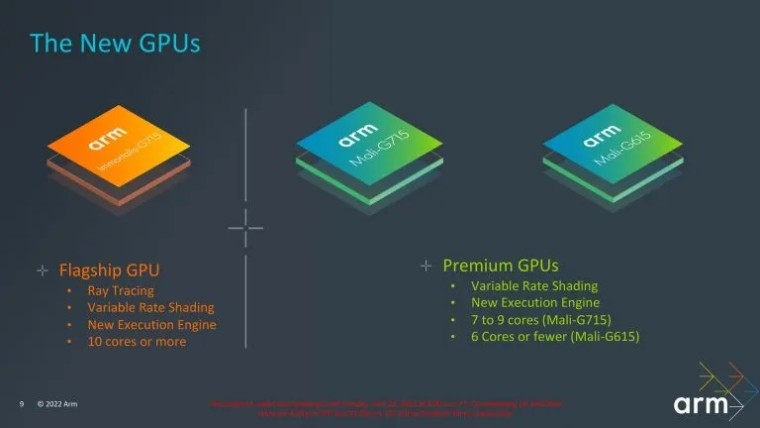 Ray Tracing, a feature restricted to high-end graphics cards inside PCs, will soon be available on smartphones. Arm has announced a line of premium GPUs for the mobile market. The flagship GPU called ‘Immortalis’ extends Arm’s range beyond Mali, which is present in the majority of Android smartphones today.

Incidentally, Arm isn’t abandoning the Mali line of GPUs. The company is also launching Mali-G715, and Mali-G615 GPUs, which will offer improved performance. The new Mali GPUs will offer Variable Rate Shading (VRR) which promises energy savings, a slight boost in gaming performance, and an improved Execution Engine. The primary difference between the two Mali GPUs is in the core count. While Mali-G715 will have 7 to 9 cores, Mali-G615 GPUs will have 6 cores.

The Arm Immortalis-G715 will be the first Arm GPU to offer hardware-based Ray Tracing support specifically for mobile devices. The feature is considered to be power and resource-hungry. However, Arm claims Ray Tracing on Immortalis-G715 only uses 4 percent of the shader core area, while delivering more than 300 percent performance improvements through the hardware acceleration.

Ray Tracing is not a new topic for mobile devices, or for Arm. The company did offer software-based Ray Tracing support via Mali-G710. The MediaTek Dimensity 9000 Series of chipset already boasts of the feature.