Back in late July, we reported on Neowin that HTC was developing a new handset, known as ‘Bliss’, and that this new device was being designed with one particular market in mind: women. Today, HTC and Verizon took the wraps off that device, now known as the HTC Rhyme, and bar one or two details, the device we reported on a couple of months ago is the device that you see here. 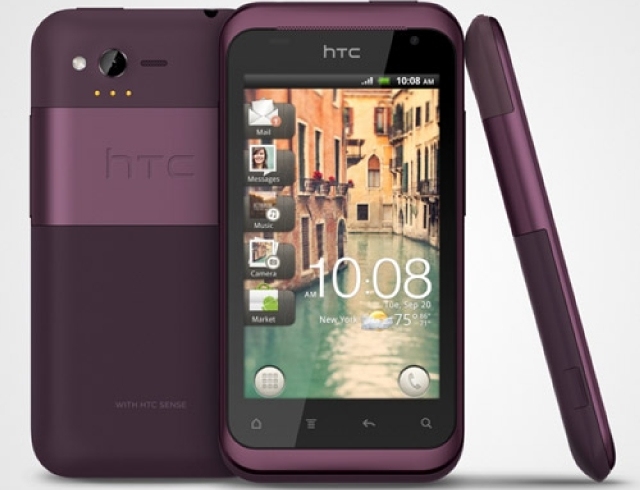 The most obvious difference between then and now is the colour. It was believed that the Bliss would be released in a colour described as “somewhere between a forest and sea green”. HTC describes the colour of the Rhyme as “plum”, and you’ll see that it also extends to the headphones and optional wireless Bluetooth headset.

Interestingly, both HTC and Verizon seem to be skirting around the notion that this handset is designed solely with women in mind – but one has to wonder how many men would identify the two-tone purple of the device as their first choice. Perhaps the bigger clue that this phone was intended to have a more feminine appeal, though, is the “charm” accessory (yep, also in plum) that contains an LED which glows when a call or text message comes through. The charm plugs into the headphone jack to draw its power, and the idea is that its soft glow will make it easier to locate the phone at the bottom of a handbag.

There’s also a desktop dock into which the handset can be stowed, and which transforms the device into an alarm clock, radio or hands-free speakerphone. 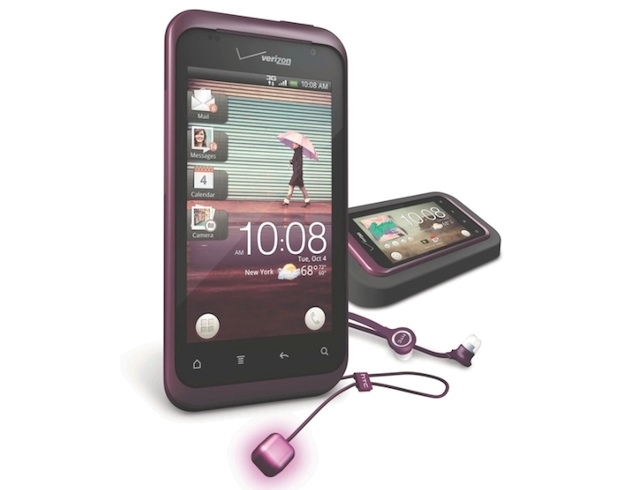 The Rhyme is an Android 2.3.4 (Gingerbread) handset, and introduces the latest version (3.5) of HTC’s Sense user experience. The homescreen ditches the company’s trademark flip-clock in favour of a more elegant and understated text-only version on the lower half of the screen. The grey curved Sense launch bar at the bottom of the screen is gone, replaced by two buttons – one for the app drawer, the other for phone functions. Icons can be docked and personalised on the left edge of the screen. The Rhyme also features HTC’s new camera app, which includes face detection and the option to automatically upload photos to Facebook.

So that’s the software side – but what about the hardware? HTC’s global marketing chief, Jason Mackenzie, said to CNET: “For a feature phone customer, we think this is a better product than the iPhone.” That’s a pretty bold claim given the middle-of-the-road specs that this handset offers.

Powered by a 1GHz single-core Snapdragon (MSM8655) processor, and with 768MB of RAM, the Rhyme isn’t exactly a mobile powerhouse. There’s a 3.7” Super LCD with 480x800 resolution, and a 5MP camera with LED flash on the back, and a VGA camera for video calls on the front. 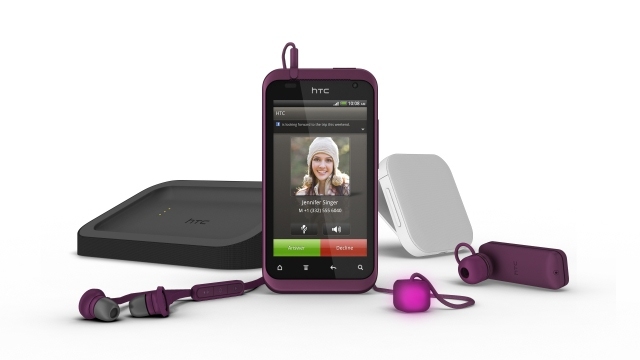 Verizon will offer the Rhyme with the desktop dock, charm and headphones as a bundle for $199.99 with a two-year contract, and will be available from 29 September. This is my next reports that a ‘silverish’ version will be offered in European and Asian markets from October.