TouchPal is a well-known company that is mainly known for its keyboard app, which is used as the default keyboard in some Android smartphones by many companies, including HTC, Lenovo, ZTE, Huawei, and Alcatel among others. 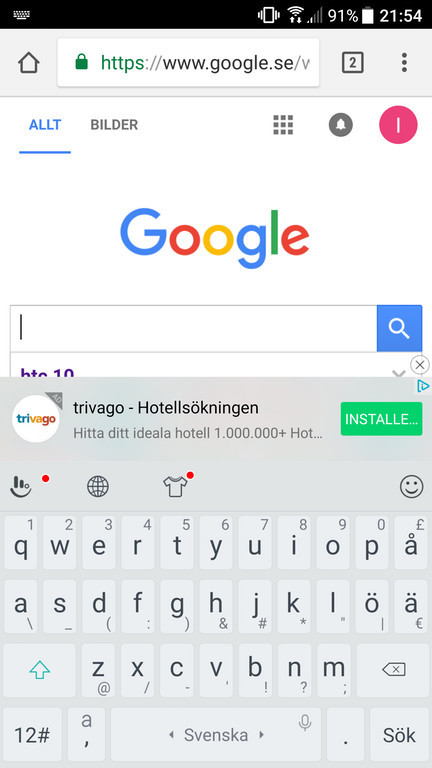 Now, it appears that the free version of the app - which comes pre-installed on numerous devices, including flagship models such as the HTC 10 - is showing ads.

As reported by thousands onReddit, the TouchPal keyboard has apparently received an update, which now enables ads without warning. Removing these advertisements requires users purchasing the premium version of the keyboard. The change has obviously been met with much disdain by people who are using phones which come with the keyboard installed by default.

Customers obviously aren't too pleased with the change, as it impacts the overall experience. Judging by the backlash on social media, the majority of affected are HTC customers. Meanwhile, angry users have also started leaving negative reviews for the app on the Play Store, and it's quite obvious that if the change isn't reverted, the rating will only be dipping from the impressive 4.3/5 stars that it currently boasts.

Meanwhile, nearly all of HTC's global and regional support accounts on Twitter are also recommending that users uninstall the latest update to the app as soon as possible:

While it isn't entirely HTC's fault that the otherwise-popular app is now showing ads, it's a risk that the company should have anticipated when it agreed to have a third-party keyboard pre-installed on its devices. We'll let you know as the situation develops.

Update: HTC has reached out to Neowin to provide the following statement:﻿

Due to an error, some HTC customers have reported seeing ads on their phone's keyboard. This is absolutely not the experience we intended, and we're working to immediately fix the error and remove the ads as quickly as possible.