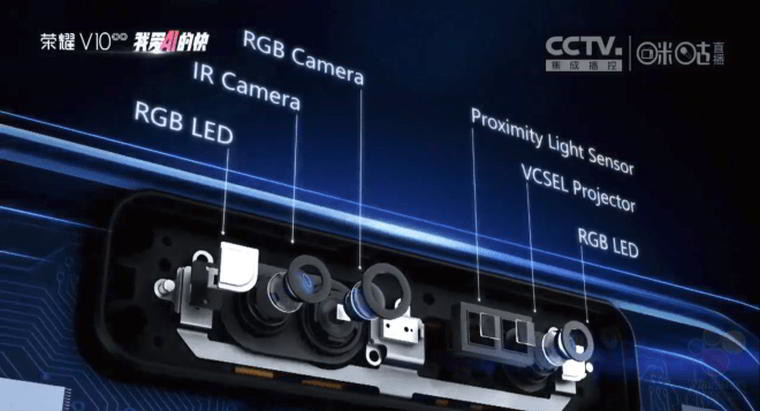 Huawei's release event in China for the new Honor V10 phablet, the company slipped in some interesting slides about its planned facial recognition technology that it thinks will surpass Apple's Face ID in the iPhone X. If things go according to plan, the tech could be about 10 times more accurate.

The depth-sensing system it is working on is similar to the TrueDepth camera system, with one notable exception: The infrared-projector combination used to create a 3D image of your face captures 300,000 points in 10 seconds. If those numbers are accurate, that 10 times more than what Face ID grabs in the same time frame.

It is also rather quick, being able to log a user in almost the same 400 milliseconds it takes to use the fingerprint scanner. Huawei even showed off an Animoji knockoff that recognized when the user stuck out their tongue.

Apple's Face ID tech has some issues, and has been circumvented a few times. It didn't help that Apple supposedly cut some corners on the camera system to speed up production.

While Huawei's showing is good news for the advancement of the technology, the system will not be coming anytime soon. Huawei showed it as a working prototype, but had no official comment on when the technology would roll out and on what devices it was planning to launch it.

This wouldn't be the first time that the company has always tried to one-up Apple. It released its Force Touch functionality for the Mate S in 2015 two weeks before Apple used it in the iPhone 6 handsets.