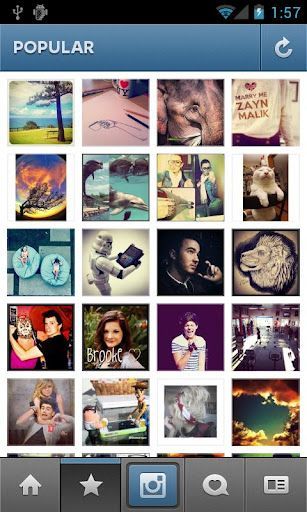 In March, the creators of the popular iOS photo app Instagram announced that an Android port was in development and would be released "very soon." One of Instagram's co-founders, Kevin Systrom, even claimed, "It's one of the most amazing Android apps you'll ever see and in some ways, it's better than our iPhone app."

Now Android owners can see if those lofty claims are indeed true as the Android Instagram app, which supports Android 2.2 and above, is now available to download for free via the Google Play store. Like the iOS version, the Android port allows its users a way to add a number of different filter effects to their smartphone and tablet pictures for both front and rear cameras.

A few weeks ago, Systrom said that the app had 27 million registered users and it's likely that the release of the Android version will boost those numbers even higher.