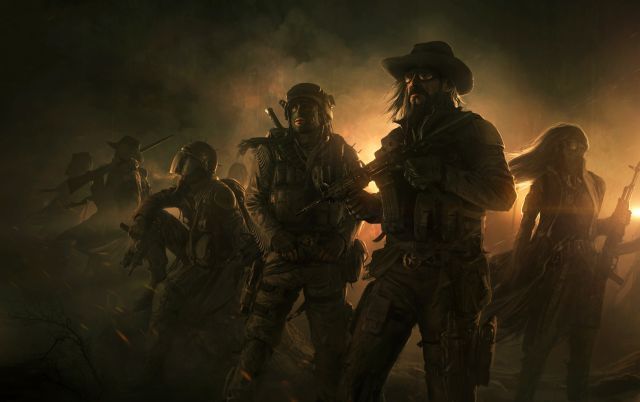 After Double Fine was successful in using the Kickstarter crowd sourcing website to fund their upcoming adventure game, inXile and its founder, Brian Fargo, decided to jump into the fray with their own campaign to help fund a sequel to the Interplay-developed 1988 post-apocalypse RPG Wasteland. While the campaign for Wasteland 2 had a very high fund raising goal of $900,000, tons of people donated their money and managed to raise that amount in just two days.

Now the amount stands at $2.5 million and still rising with less than two days to go before the Kickstarter campaign ends for Wasteland 2. However, there might still be some folks who are on the fence about deciding whether or not to contribute to the game's development. We got Brian Fargo to answer some of our questions about Wasteland 2, his feelings on Kickstarter and some other topics, including the reception to inXile's 2011's Hunted: The Demon's Forge and what happened to the developer's cancelled game HEI$T.

First, you must be amazed that the Kickstarter campaign for Wasteland 2 has generated over $2 million. Do you think this proves that crowd sourcing projects such as this can be a true alternative for game developers to get funding other than from publishers or other investors?

And now here we are at $2.5 million dollars and already we are seeing other projects like Shadowrun achieve their funding in less than 2 days. Yes this model is here to stay and that is fantastic news for some old the old guard and for mid size developers. Financing developers who own their own IP gives the ability for the power to be shifted around a bit.

The original Wasteland certainly has its fans but it's been well over 20 years since it was first released. Are you and inXile concerned at all that the audience for the game will be limited to just the people who helped to fund its development on Kickstarter or do you think the game will have a large audience beyond its sponsors?

One of the things I love best about making this project is that I am simply not worried about how to get to the larger audience. My attitude is that if we make a great game they will find us. The fans have been very clear about the experience they want and I'm not going to dilute the approach based on the worry of some player that may or may not like RPGs. That said I can't imagine how anyone would not love a post-apocalyptic RPG with sandbox gameplay, twisted humor, tactical combat and incredible music and graphics.

From what you have said in previous interviews, Wasteland 2 will be designed as an old-school RPG. Can you go into any more detail about what players who have played the original can expect versus what inXile has in store for the sequel?

First I want to make it clear that you need not have played the first game to jump into the sequel. While it is old school that does not mean we won't have start of the art graphics, customizable UI, brilliant music, and a sandbox style gameplay. Look at Minecraft.. does that seem like a game aimed at the large audience? They delivered what was important and the players took it from there. Anyone who did play the original will step very comfortably into the sequel. They will create their 4 Desert Rangers and assign skills they think important and head straight out into the desert to investigate issues. You can expect a very bleak, twisted, and mature world of which the "right" decision is not often clear. We are hanging our hat on player choice here.

The Kickstarter campaign has now raised enough money to have Obsidian help develop the game. Can you give us some more information on how they will assist you in making Wasteland 2?

The primary assistance from Obsidian will be the use of their tools and the talents of Chris Avellone. Chris brings a great writing style and understanding of the RPG player's mindset that is hard to find. I am certain he will help raise the bar for the game in the same way Andree Wallin has raised the artistic look.

The game isn't scheduled to come out until October 2013. Do you feel that with the success of the Kickstarter campaign there's more pressure to make Wasteland 2 better than it would be had it been funded on a publisher's dime?

There is most definitely more pressure as my relationship is direct with the public. There is the additional pressure of delivering a good game as to make it easier for the next Kickstarter project to fund. However I'm fine with it and I will work with the public to guide me. And so far they love everything they have seen so we appear to be in the zone.

How far along is Wasteland 2 in development at the moment? Has work started on the design and has any preliminary code or artwork been made?

Jason Anderson worked on the story elements for nearly a year and we did some audio experimentation for ways to enhance the depth of the world. We have an overall story arc and some specific locales called out but now is the time we put the meat on the bones. The game itself has been knocking around my head for two decades so there is no lack of vision for where we are going. I had waited to nail down the look of the game until recently and now you can see the first two pieces that Andree Wallin did. We are clearly on a path that is unique from the Fallout universe yet is still distinctly post apocalyptic.

Will Wasteland 2 be inXile's major project for the next year or does the company have any other projects coming up?

This is THE project we will be focusing on. There is lots of pressure to deliver here and we don't want to deliver anything but the best so we need to stay focused. Success means we get to make RPGs for another decade plus. Fan funding is great in that we can just worry about the game and not chasing money down.

Hunted: The Demon's Forge was a game I really liked but it sounds like the sales reception for the game didn't do as well as expected. Do you have any thoughts about the game's final product and its reception from gamers?

Hunted was doomed from the start. We had to jump through hoops every 60 days to "prove" we could do it or our company was going to be shut down. Nothing wonderful can come from being managed like that. I wasn't even able to focus test the game to get feedback. We didn't have control over many aspects and the whole situation became untenable. This kind of situation happens more than you know to developers in this industry.

HEI$T was a game that looked like it was going to take the crime action game to interesting new directions but Codemasters canceled its development. Can you talk about the circumstances surrounding its cancellation?

I always thought that was a good concept but we were sunk trying to create an open world sandbox game using the Unreal engine. We had to commit to creating a PS3 version before the specs of the machine existed. Once we did get the specs we informed them it couldn't be done. They would not relent on this issue and we were hamstrung by the lack of memory and performance of the PS3 (keep in mind this was Unreal open world specific). We begged to drop this version but were turned down and thus unable to ever get the frame rate up. Surprisingly the game was 98 percent done.

As the founder and former leader of Interplay, you know that there are a ton of other games from that company that could potentially get a Kickstarter revival. I'm sure that you would agree there would be a lot of support for a new Frespace game or perhaps a revival of the cancelled game Torn. Have you talked with Interplay at all about bringing some of their game IP back in this manner?

I have not spoken to anyone from Interplay in a decade. I know people have tried to make a deal but they don't seem to get very far. I'm sure one day something will work out for someone.

Finally, the Kickstarter campaign is still not finished as of this writing..can you give us any hints about Wasteland 2 that might encourage some people who are on the fence about contributing to make that leap and put some money in Wasteland 2's development?

I just did a video update on Kickstarter that I would recommend people looking at if they are on the fence. I have assembled a killer team for this game and we will be working with the fans throughout the process so it just won't stray far from expectations. This is the last chance to get the game at this price but also be part of history.