Wouldn't it be nice if you could have blazing fast 4G on your iPhone, just like on The New iPad®? According to iMore, if you're lucky enough to be an AT&T customer, you can - not.

As part of the iOS 5.1 update, AT&T users will now see a 4G indicator when they check their network status, even though it's actually impossible for a software update to change a 3G HSPA+ device to a 4G device. Of course, since 4G is basically a mythical term for the messianic super fast network of the future, it doesn't make much difference. 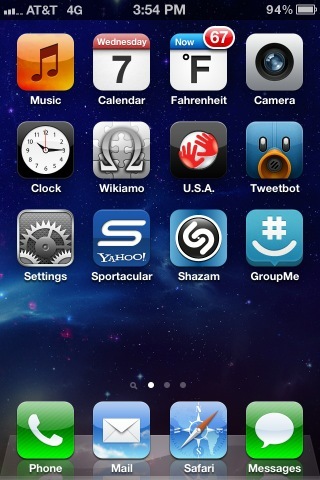 You see, the ITU - that's the International Telecommunication Union for the uninitiated - lets carriers use marketing terms like 3G or 4G pretty much however they want, so long as they explain what kind of connection the device really uses somewhere else. That's right: 4G is just a meaningless name.

If you ask Verizon, their LTE is 4G. Sprint swears their WiMAX is 4G, AT&T says that HSPA+ with Advanced Backhaul is 4G... You get the picture. All of those are different kinds of connections, none of which really operate under a single banner.

So, buyer beware. AT&T doesn't have a 4G iPhone. It's fast, but that doesn't change the fact that AT&T is lying (if you can call using a meaningless term in inappropriate circumstances lying) to its customers.