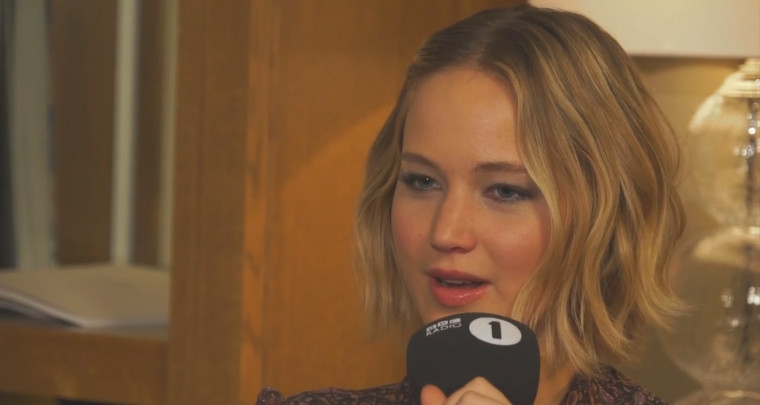 Jennifer Lawrence replied to a fan asking “Why don’t you have Twitter and will you ever get it?” in a Monday BBC Radio 1 interview with Nick Grimshaw, and quickly answered “I will never get Twitter.”

I’m not very good on phones or technology. I can not really keep up with emails, so the idea of Twitter is so unthinkable to me. I don’t really understand what it is, it’s this weird enigma that people talk about. And it’s fine, I respect that, but no, I will never get a Twitter.

Lawrence also stated that she had a Twitter account ready to go, “I had that one locked and loaded … it’s because the internet has scorned so much that I feel like it’s like, that girl in high school, that I’m like: ‘oh you wanna talk about her? Yeah I’ll do that. I’m gonna take my hoops off, I’m ready to go’.”

Her decision to not go ahead with the social media undertaking almost certainly refers to the "Fappenning" in which hundreds of nude images of celebrities, including Lawrence were made available freely on the internet in two rounds of leaks at the end of August and again in September.

Lawrence initially had her statement following the leaks posted to an unverified Twitter account bearing her name, that said "This is a flagrant violation of privacy. The authorities will prosecute anyone who posts the stolen photos." The account has since clarified that it isn't an official Jennifer Lawrence one.

She again broke her silence in November telling Vanity Fair it was “not a scandal”, but a “sex crime”.

It is a sexual violation. It’s disgusting. The law needs to be changed, and we need to change. That’s why these web sites are responsible. Just the fact that somebody can be sexually exploited and violated, and the first thought that crosses somebody’s mind is to make a profit from it.

You can watch the full BBC interview above, or jump to 8:50 for the question.