Google announced Android Wear last March, and the first wearable devices based upon the new platform launched in June. Since then, more Android wearables have emerged, and the software itself has been improved too, with a welcome update based on Android 5.0 Lollipop.

But while there's now a range of Android Wear devices to choose from, buyers don't yet seem ready to purchase them in great numbers. 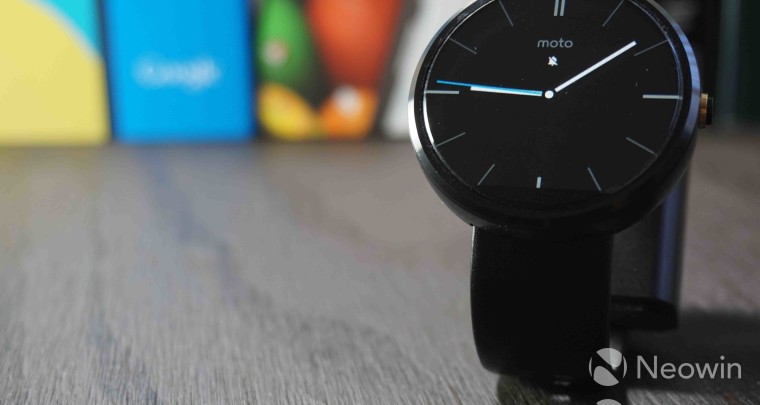 Indeed, the latest data from market analysis and research firm Canalys shows that just 720,000 Android Wear devices were shipped worldwide last year. It's not clear how many of those devices were actually sold to end-users, but we do know that Android Wear made up just 16% of the global market for smart wearable bands, over 4.6 million of which were sold in 2014.

Motorola led the way in Android's wearables, and may well have extended its lead over its rivals further had it not been for early supply issues with its Moto 360 watch. LG's round-faced G Watch R also did well, performing "significantly better" in terms of shipments compared with its square predecessor.

Chinese manufacturer Xiaomi shipped over a million units of its $13 Mi Band, but Fitbit is still the 'global leader' when it comes to the more 'basic' wearable bands available.

Samsung is actually the largest manufacturer in wearable bands overall, having followed a 'flood the market' approach of pushing out multiple devices, similar to its tactics in the smartphone space.

"Samsung has launched six devices in just 14 months, on different platforms, and still leads the smart band market," said Chris Jones, Canalys Vice-President and Principal Analyst. "But it has struggled to keep consumers engaged and must work hard to attract developers while it focuses on Tizen for its wearables."

The smart wearable band market remains pretty small worldwide - and the Android Wear platform is smaller still - and that leaves plenty of room for Apple to swoop in with its premium-priced brand of 'magic'. And in much the same way that the iPhone shook things up in the smartphone space, the Apple Watch is expected to give smart wearables a big kick in the pants when it goes on sale in April.

Canalys predicts that Apple's Watch - in its various forms - will "dramatically grow the market for smart bands and wearables overall". It believes that the strong competition presented by Apple's product will encourage its rivals to up their game, and that "Android Wear will need to improve significantly in the future" in order to stay competitive.