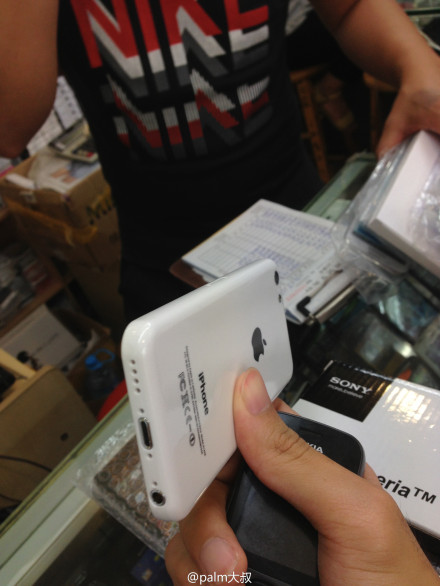 Apple's rumoured plastic iPhone has once again been leaked online, this time making it's rounds from Sina Weibo, the Chinese equivalent of Twitter, to the main internet.

It is supposedly Apple's answer to the low budget smartphone market, which is dominated by cheap Android, and Windows Phones like the Lumia 520 and 620.

Some sources have stated that this is allegedly a redesigned iPhone 5, manufactured using plastic instead of aluminium. If this is true, it may help explain the rumoured decision to cease manufacturing the iPhone 5 altogether.

It shares some design features with the most recent iPod touch, including the speaker grill and lightning connector parts, but with a polycarbonate design and rounded corners. It's also expected to come in many colours similar to the Nokia Lumia range.

This iPhone could launch in the fall along with the next generation iPhone 5S, which allegedly comes with a bigger battery, 2GB of RAM, dual LED flash and iOS7.