Last year, I reviewed Lenovo's Smart Clock, which is a four-inch Google Assistant smart display that costs $79.99. This year, the company introduced the Smart Clock Essential. Rather than being a successor to the original Smart Clock, this one is meant to bring it to a lower price point of just $49.99.

It does this by removing the LCD display and replacing it with an LED display. The Lenovo Smart Clock Essential is not a smart speaker like the Smart Clock is. Instead, this product is a smart speaker that's built into a digital clock, and it's best to think about it that way. The only thing smart about the LED display is that it shows the temperature on it.

The display is the key difference between the two products though, so that's what you need to know going into this. One is a smart display and the other is a smart speaker.

Right now, you can actually buy this on Lenovo.com for $29.99. Also, the regular Smart Clock is just $39.99, so there's currently a $10 difference between the two products. 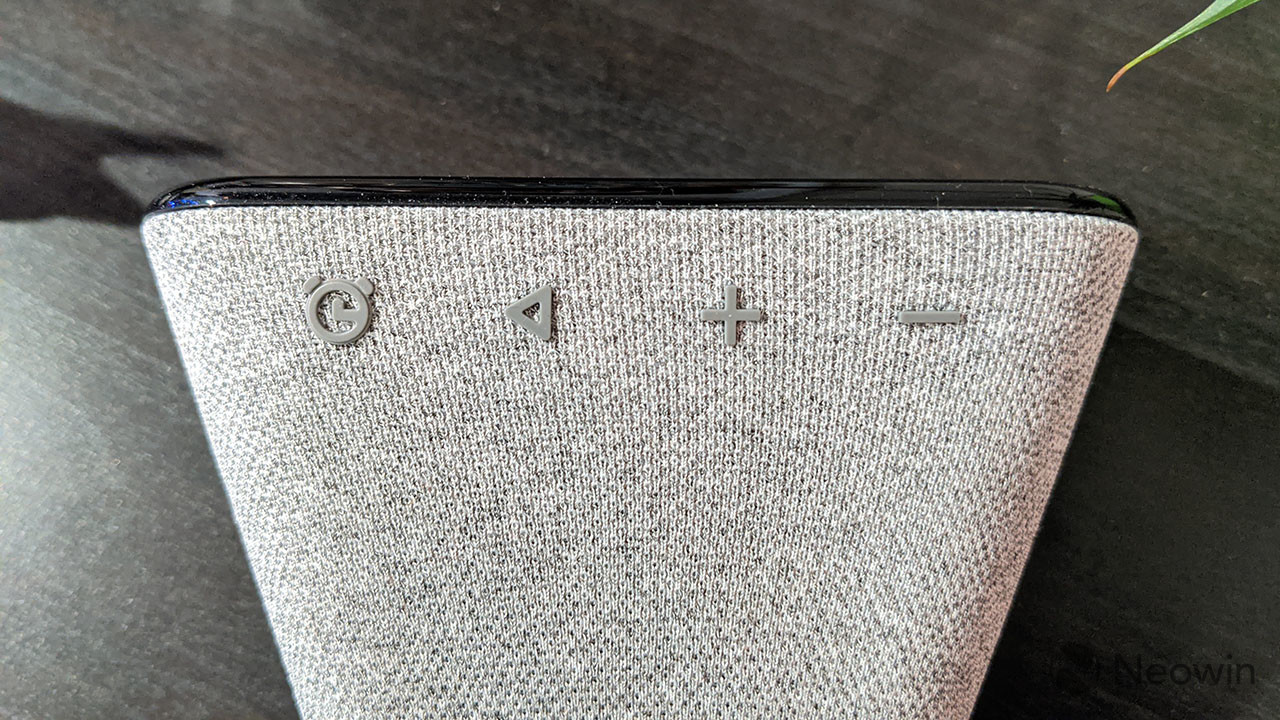 As you can see, there are some buttons on the top, such as volume controls, a play button, and an alarm button. Previously on the Smart Clock, there were only volume controls. One feature that's pretty cool is the nightlight feature, which you can turn on by holding volume down. Of course, you can also tell Google Assistant to do it. 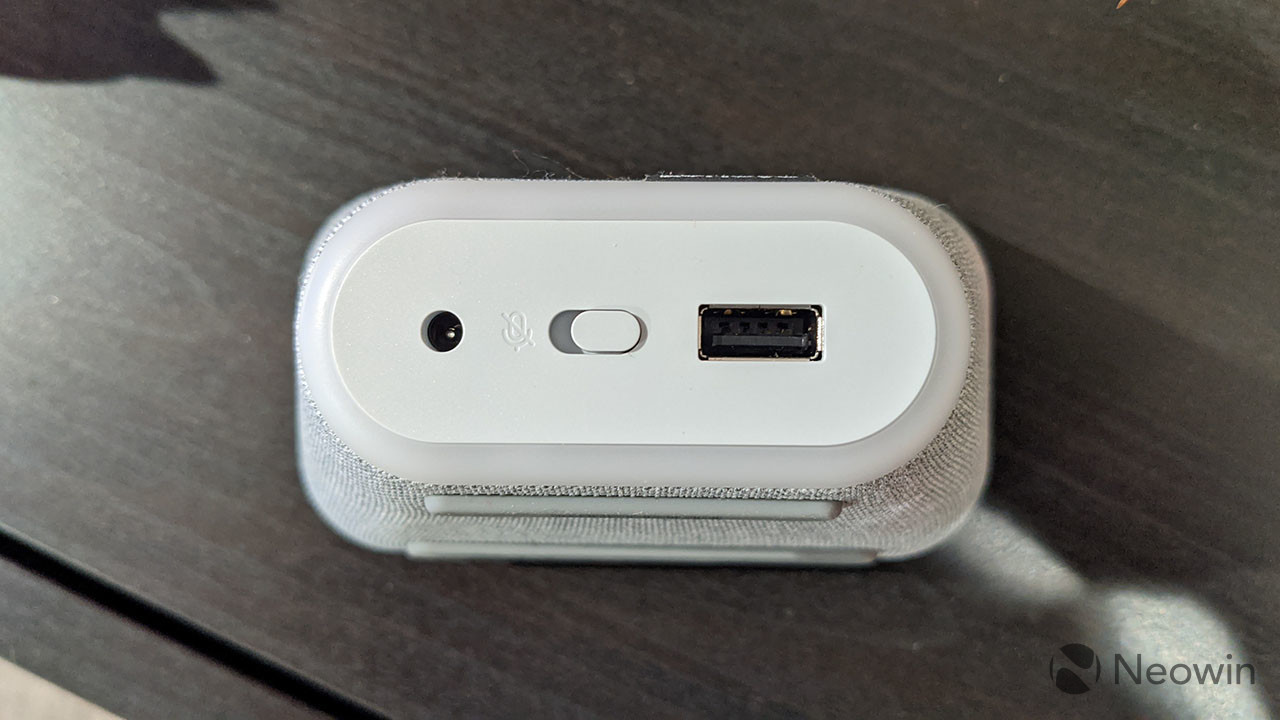 On the back, there's a power port, a switch for muting the microphone, and a USB 2.0 Type-A port. That USB port is pretty much just there so you can charge your phone, something that's always useful for a device that's likely sitting beside your bed. 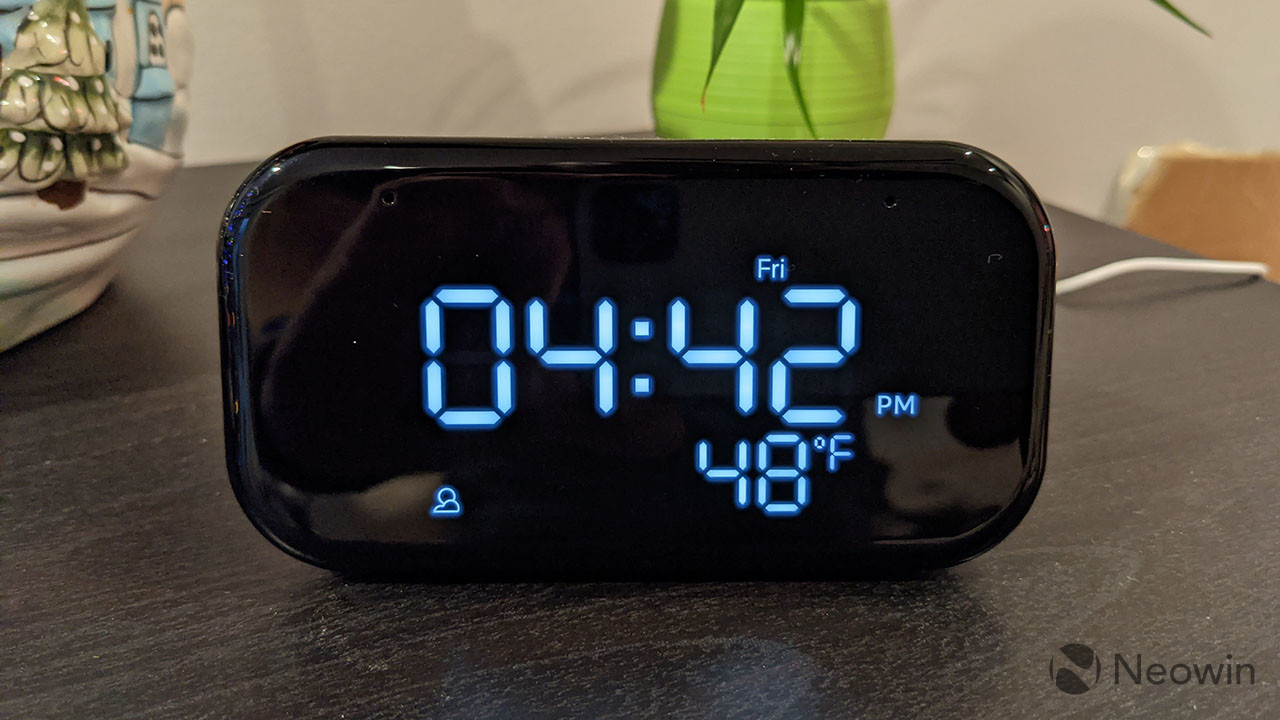 And then there's the display itself, which is sort of the defining characteristic. It's a four-inch LED, and there are pros and cons to it when compared to the LCD on the Smart Clock. For one thing, it actually looks a lot nicer, with its curved edges and the fact that it doesn't require a backlight. With the LCD on the Smart Clock, you can easily see the backlight and its big bezels.

One thing that I don't like about the LED screen is that I found that it doesn't get dim enough. Both products can sense ambient light, and they'll both dim down when the light goes out. But the Smart Clock doesn't stay bright enough to keep me awake; this one does, and I had to face it away from my bed.

The other downside to the LED screen is obvious: it's not a smart display. That means that when you ask Google what the weather is, it's simply going to tell you, rather than showing you a forecast on the screen. It also takes away things like the ability to use the screen as a digital picture frame when you're not using it, or use different clock faces.

Like I said, there are definitely pros and cons to each, but for the extra money, I think it's worth it to get a Smart Display.

We all know what smart assistants do at this point, right? Well, at $50, this product is really meant to lower that barrier of entry for the skeptics, so we'll discuss it a bit.

First of all, setting up the Smart Clock Essential is just like any other Google Assistant device. You just have to download the Google Home app on your iPhone or Android device and choose to add a new device; the app will guide you through the rest. There's a quick start guide in the box that will tell you to do just that. 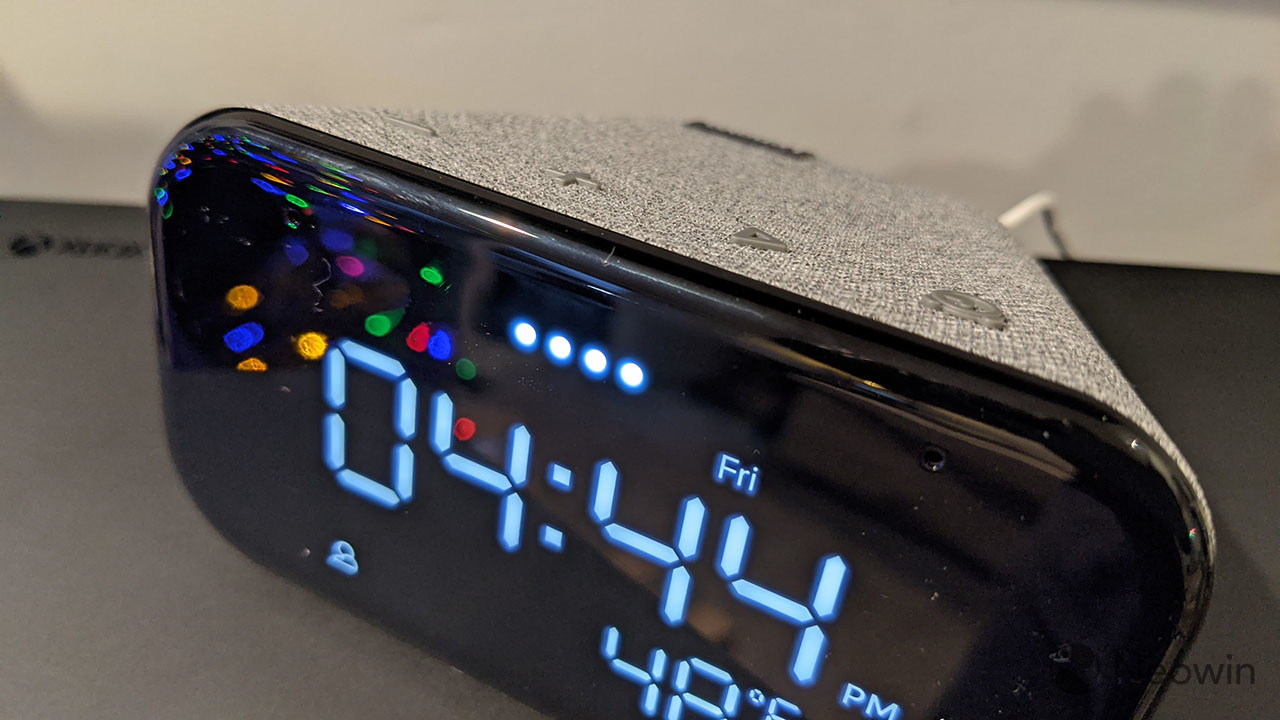 Another basic feature is setting alarms. This is a clock that might be sitting next to your bed, so you might want to use it for alarms. It's that simple. Just say, "Hey Google, set an alarm for tomorrow morning at 8". If you want to have some fun, you can also tell Google Assistant to tell you a joke.

Smart Assistants are also great for playing music. If you subscribe to Google's music service or something like Spotify or Pandora, you can link up the service and just tell Google Assistant to play whatever you want. After all, it is a smart speaker. 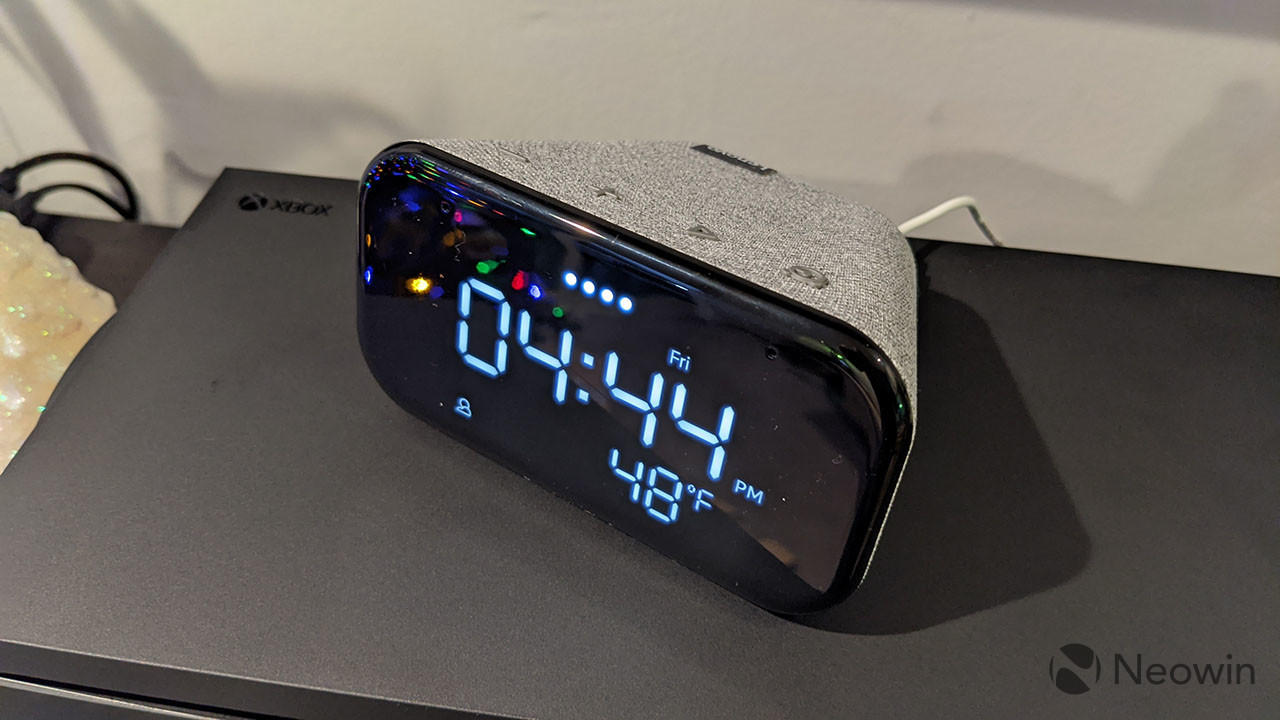 There are other services that you can add too, like ABC News and CNN to get daily updates. Obviously, you can't link up your video streaming services with this product. You can link up smart home products though, which is a lot of fun.

I'm big on Philips Hue lights, so I can use it to control the lights in different rooms and such. It's also that time of the year that I use my Hue lights for holiday-themed colors, and it's fun to be able to voice-activate them. For smart home stuff, just look for "works with Nest" products.

You can also set up routines. Like device setup, this can be managed through the Google Home app on your iPhone or Android device. Routines are basically a custom command that can do a set of programmed actions. You can create one routine to cycle through the weather, your calendar, and a news briefing, or maybe for a morning routine, it will also turn on the bedroom lights. You can have one for getting home from work to turn on the living room lights and set the Nest thermostat. These are just some ideas. There's plenty that you can do.

This is a simple product, so it's a simple review. The reason that this exists is to lower the barrier of entry. There are lots of people that think about getting a Google Assistant or Amazon Alexa smart device, but to them, it's not worth the money. That's how new technology goes for some people; they look at it and say they've been fine without it thus far, so they can go on without it. 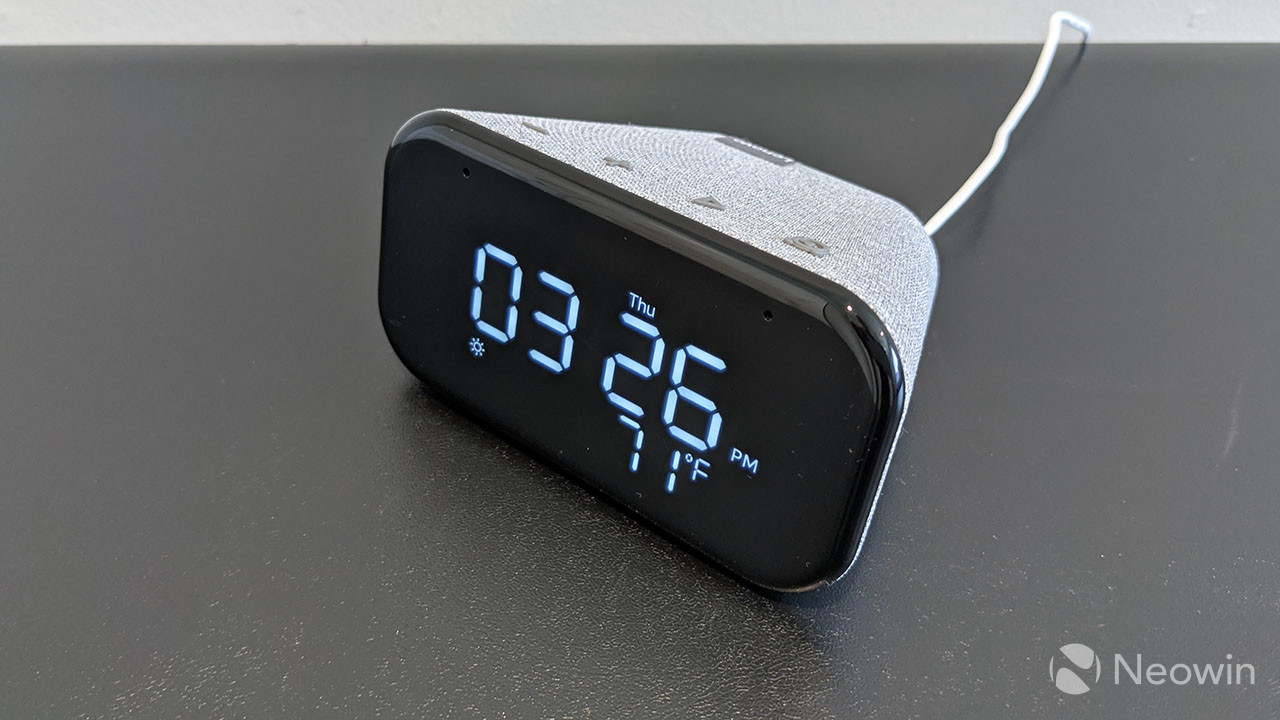 At $49.99, this is one of the lowest barriers of entry for a smart assistant product that there is. And in fact, it's a good product. I love the two-in-one form factor, meaning that it's both a smart speaker and an alarm clock, the latter of which you might want to buy anyway.

The LED screen is quite nice too. It doesn't have the backlight that the LCD has on the Smart Clock. But still, the Smart Clock can do a lot more, and considering that they're on sale right now, I'd say to pick up a Smart Clock. At $39.99, it costs $10 less than the normal price of the Smart Clock Essential.

But of course, maybe you just want something simple and stylish. The Smart Clock Essential is definitely that.