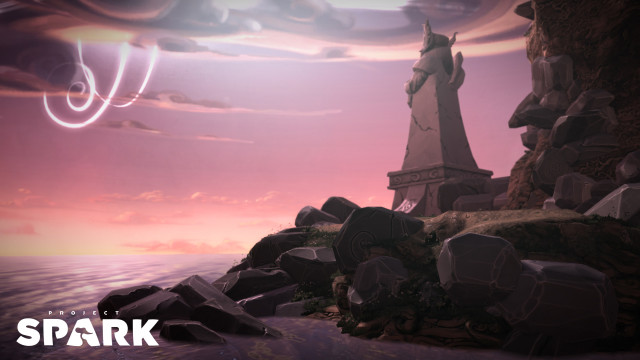 There has been much hype concerning "Project Spark," a game that allows you to design your own experiences. The game was first demoed back in 2013 at E3, showing off the ability to create a world in about a minute, adding bad guys and even your own pet rock. With such an original concept, many consumers were wondering when the game would be released.

Today on Xbox Wire, they have announced that a retail version of the game would be available for the Xbox One on October 7 for North and South America, October 9 in Asian countries, and October 10 for Europe. The retail package is going to be priced at $39.99 USD, and will "deliver an incredible collection of premium content, [...] including the first sci-fi pack 'Galaxies: First Contact,' the warrior champion Sir Haakon 'Hawk' the Knight, 'Champions Quest: Void Storm,' the first episode of an epic campaign adventure, and more."

According to the press release, it "can be downloaded for free on Xbox One and Windows 8.1," with the added option to buy extra content. Current users of "Project Spark" will receive an update to bring the game to full release when the final version launches in October, and will also be able to keep the content they have already made.