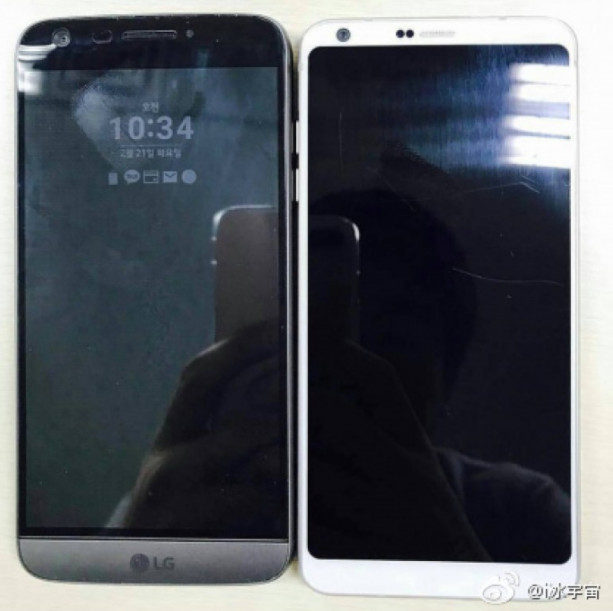 The LG G6 has probably been one of the worst-kept secrets so far of 2017. Since its initial unofficial debut towards the end of January, the handset has made multiple appearances online. Now, we have another image of the device, but this time it is side by side with its predecessor, the modular G5.

While the G6 will offer a monstrous 5.7-inch QHD+ display, it appears that overall, the handset will have a fairly small footprint. This can be seen in the image shown here, where the G6 shares a similar size to last year's G5. This is accomplished thanks to the reduced bezels of the 'Full Vision' display.

In order to take advantage of the display with its unusual 18:9 aspect ratio, LG has prepared UX 6.0, a new UI that will offer a custom experience for its users. The LG G6 will make its debut at Mobile World Congress in Barcelona on February 26.

Neowin will be hands-on at the event to bring our first impressions of the device.