If rumors are true, LG will be launching a Windows Phone 7 Series device sooner than expected. Up until now, the only timeframe given for WP7S has been "before the holidays." Now some more concrete release news has surfaced.

Back in mid January, WMPoweruser reported that LG told French blogger Presse-Citron that they expect to release a Windows Phone 7 Series device in September. This was then tweeted, but quickly removed (picture below). Without concrete confirmation of the timetable, September seemed to be pretty farfetched and baseless. However, at a sitdown with LG Mobile in Hong Kong, Engadget Chinese reports LG saying that it would launch a Windows Phone 7 Series device sometime between September and December. This brings more truth to the tweet about a September launch. No official release date has been given by Microsoft. 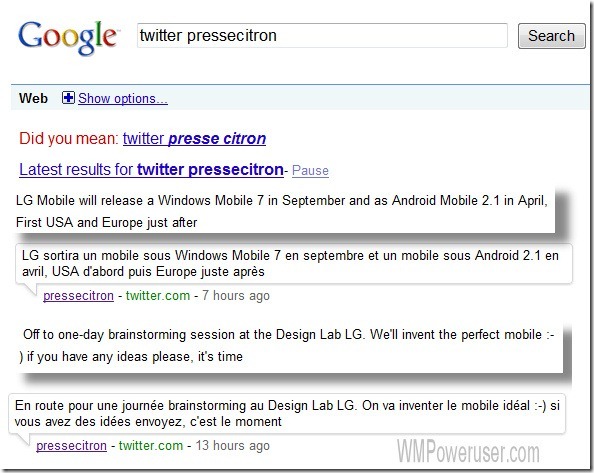