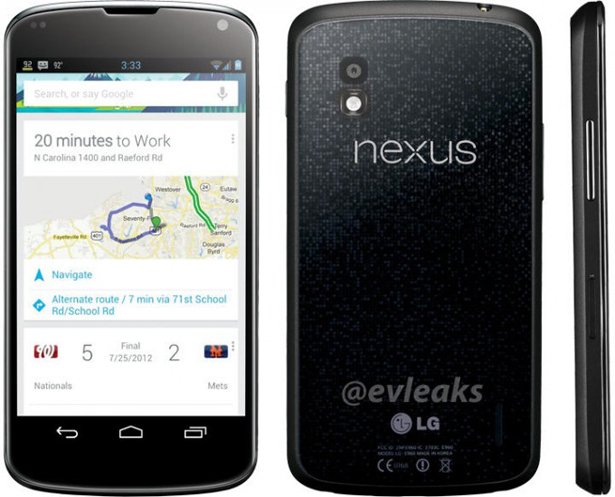 The next Nexus phone from Google hasn't been much of a secret due to a number of leaks over the last few weeks, and it looks like we have yet another.

@evleaks, well known for leaking tons of information and images of unreleased phones, including the Lumia 920, has posted the above image to Twitter showing a press render of the upcoming Nexus 4 built by LG. It sports a very similar design to Samsung's Galaxy Nexus but with slight differences such as the speaker position, camera placement and that glittery back. The model in the render also differs from past leaks, removing the "with Google" text (see below) and replacing it with a large Nexus logo, much like on the rear of the Nexus 7. 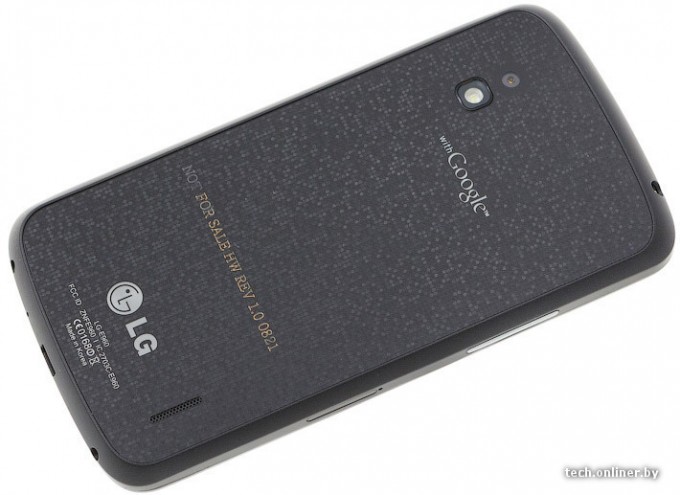 Google is rumoured to be announcing the device on October 29th at a special event, possibly with Android 4.2 on-board. Reported specs include a 4.7-inch IPS display (1280x768), a 1.5GHz quad-core Snapdragon S4 CPU, 2GB of RAM, and an 8-megapixel-rear camera. Rumours also suggest that the device won't have a removable battery and only come in 8GB and 16GB versions initially, which could potentially put many people off.