Today at Apple's WWDC many interesting things have been unveiled, Snow Leopard has become fully announced with dates and pricing, but perhaps one of the most interesting pieces of news is for iPhone users who now have a new piece of technology to help them find their iPhone should it have gone walkabout.

Aptly named 'Find my iPhone' is an important feature according to Apple because "It can be somewhat traumatic" to lose your phone. Obviously, however it is a feature which can do some pretty nifty things. Firstly, it is only availible to Apple's 'Mobileme' customers which is a bit of a shame but it'll show you on a map where your phone is. Also useful for your family/friends to track you down.

With this service you can message your phone to see if it has been left on silent, or is you have lost it completely, can use the mapping service through MobileMe to track it down. A message can also be sent to the phone which alerts any finder of the device to call a number specified in order to find it safely to its owner. An instruction can also be sent to the phone to have all of the data wiped from the memory, which can be restored at any time should it be found, through iTunes.

"If you ever do find the phone again, just plug it into iTunes and it will restore from backup." 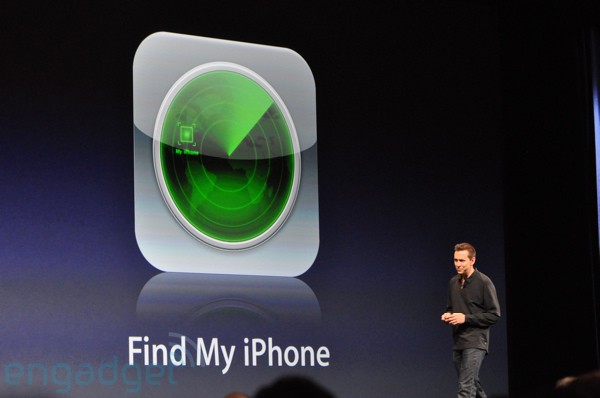 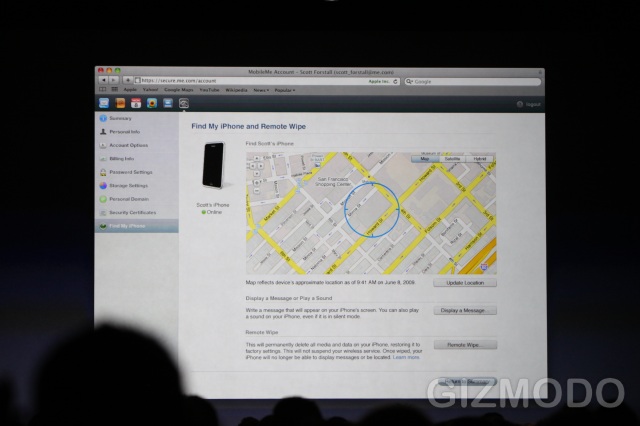