A couple of months ago, Huawei unveiled the Mate 10 and the Mate 10 Pro, promising things like machine learning to go with the Neural Processing Unit that's part of the Kirin 970 chipset. It also slims down on the bezels, moves the fingerprint sensor to the back of the device, and contains a range of camera improvements.

So, is Huawei really offering something revolutionary, or is it all just marketing hype? Read on to find out.

Huawei's Mate 10 Pro is definitely one of the better-looking phones on the market. Like many other devices currently available, it has a glass back and a display with slimmed down bezels.

I was given the Titanium Gray model to review, and the metallic gray rear with the dark gray camera strip gives it an original look without compromising style. Along that strip, you'll find two camera lenses positioned vertically, with the dual-LED flash to the left of them. Below the camera rig is the fingerprint sensor. 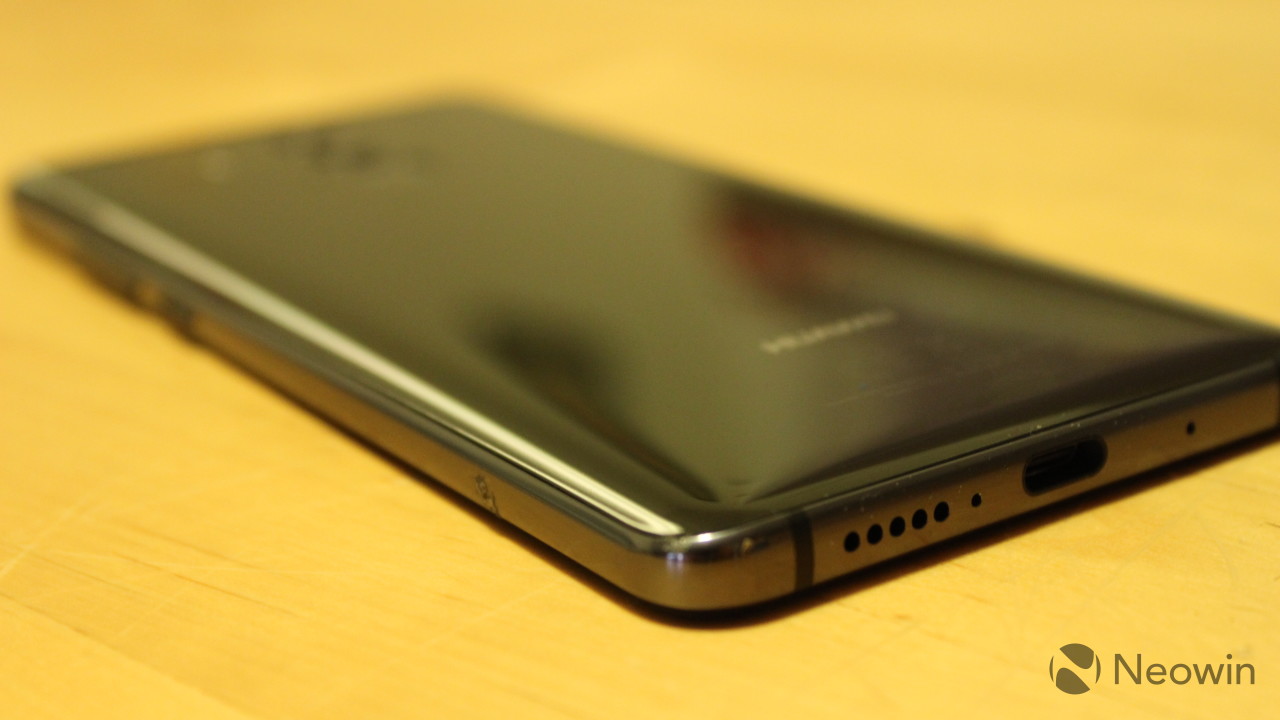 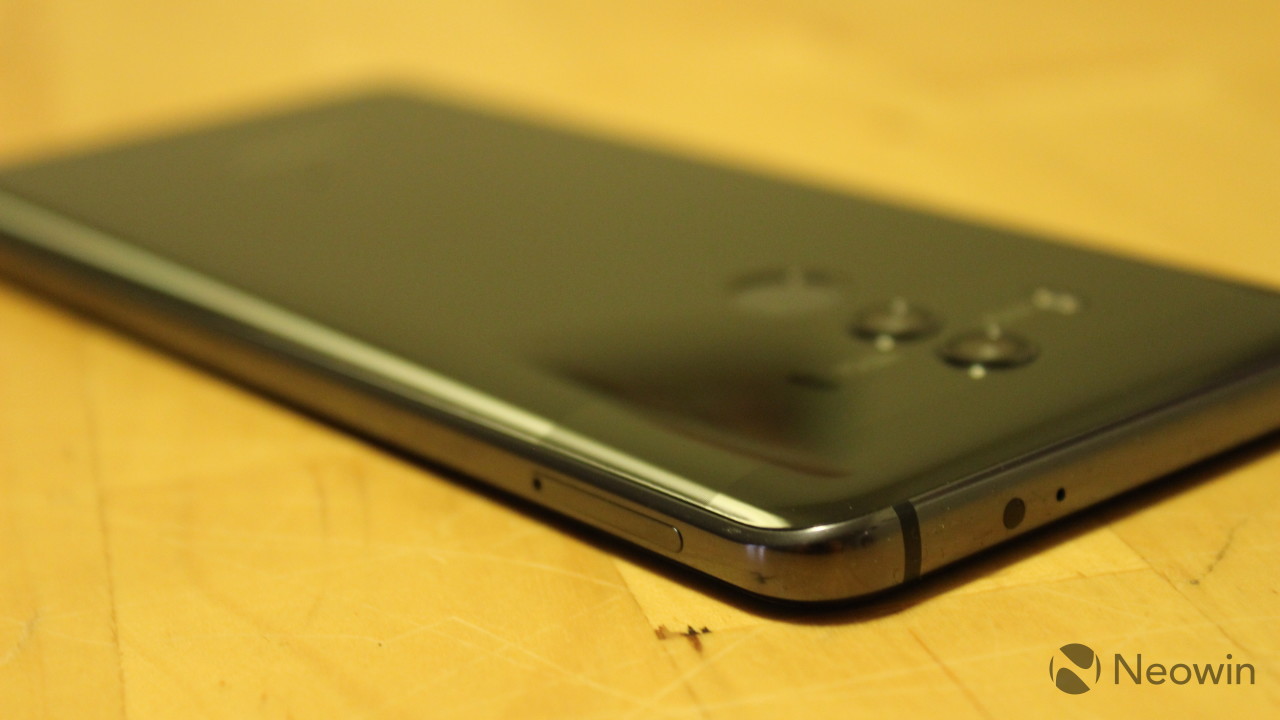 On the top of the device, there's actually an IR blaster, just in case you thought that was a feature that's been forgotten in modern devices. Yes, you can use the Mate 10 Pro as a remote control for your TV.

Ultimately, the design of the device, while stylish, is pretty standard. It's a rectangle with rounded corners that has a power port on the bottom and power and volume buttons on the right side of it. Obviously, there are many devices that can be similarly described.

Huawei's new flagship also follows the latest trends by slimming down bezels around the display and adopting an 18:9 aspect ratio. While six inches sounds big for a screen, it's no bigger than a 5.5-inch display in the 16:9 aspect ratio that you're used to. 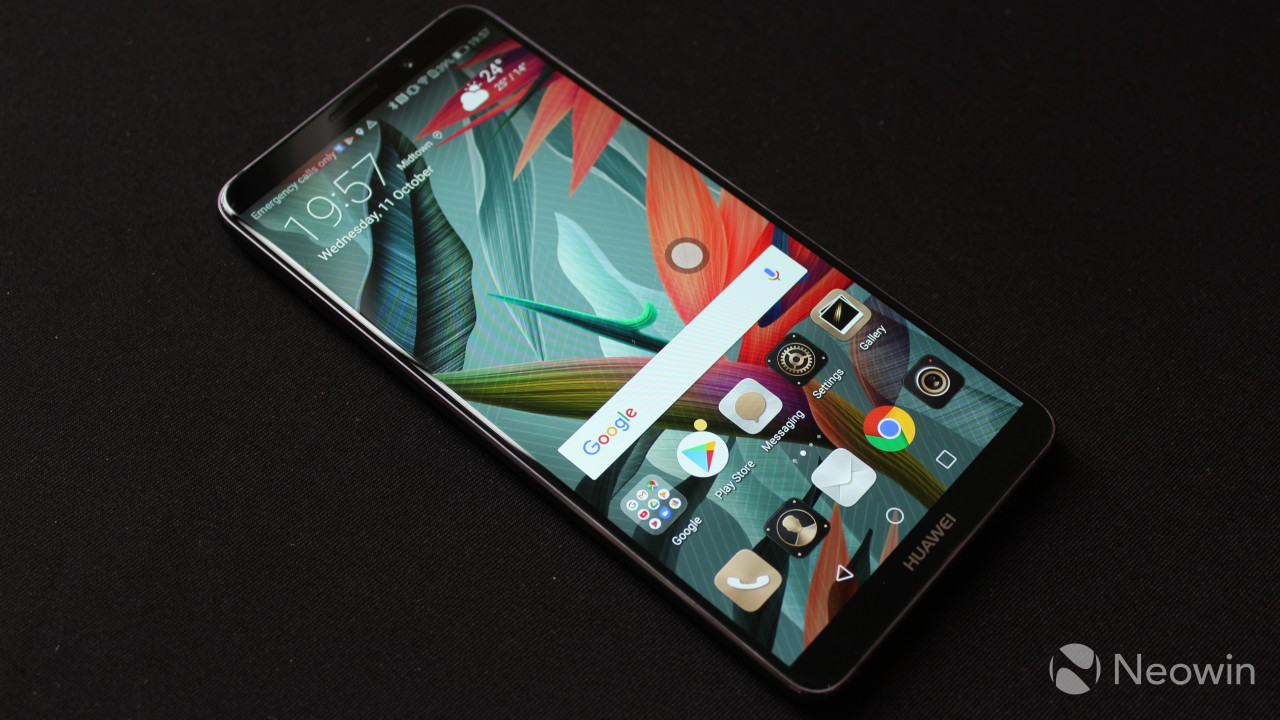 As you'd expect from a premium AMOLED display, the colors are vibrant, and the blacks are black. AMOLED screens work differently from LCDs in that individual pixels can actually be turned off. LCDs are entirely backlit, which is why you can still tell your TV is on even when it's showing all black.

One thing that always bothers me about Huawei's displays is that the company still hasn't adopted any kind of always-on screen. After using other devices, it would be really nice to be able to glance at the screen while it's asleep to see the time or what notifications are waiting. Even raise-to-wake would be helpful, but Huawei hasn't included any of that.

Huawei puts a pretty heavy skin on its flavor of Android. Personally, I don't think that there's anything wrong with this. I'm not even a big fan of stock Android. If you ask me, the beauty of the OS is that OEMs can deliver a customized experience, but all of those experiences offer the selection of apps in the Google Play Store. As Google would say, "together, not the same".

This is something that can be confusing for the user, since you have to choose to skip the second option - or skip the first knowing the second is coming - which might seem counterintuitive for an average user.

Luckily, the out-of-box experience is only something that the user should have to get through once, or at the worst, rarely, so it's not a huge deal. It's definitely worth noting though.

The rest of the UX 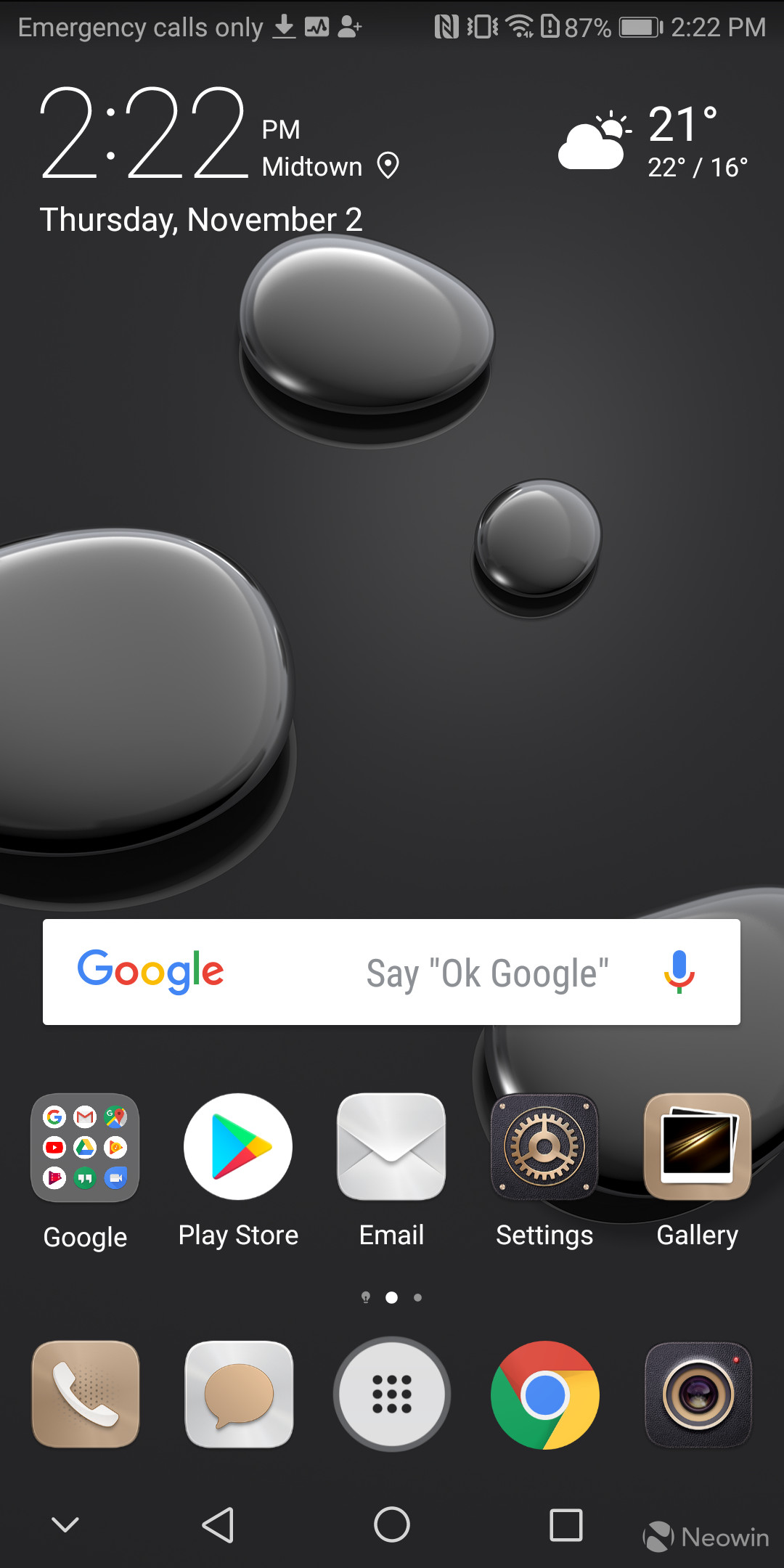 I've always enjoyed Huawei's EMUI software. Sure, there are a bunch of useless apps like Mirror, which uses the front camera and acts as a, you guessed it, mirror. I also don't have much use for a Flashlight app when it's built into quick settings.

There's also a Themes app that allows you to choose from nine themes, and there doesn't seem to be any way to import new ones. You'll also find apps for Calendar, Notepad, and more that could have easily been replaced by Google stock apps.

I'll put it this way though. Almost every Android phone I use has at least one small thing that makes me want to smash it with a brick. I don't have that problem with Huawei phones.

In fact, it's like an entirely different operating system. Other than the navigation buttons at the bottom of the screen and the built-in Google apps, there's very little about Android that you'll recognize.

Of course, that level of customization comes at a price. It uses a lot of resources, and it can slow down the device over time. Luckily, the Mate 10 Pro rocks 6GB RAM, so it should have the resources to handle it.

Huawei includes a feature in the Mate 10 Pro called Private Space. It allows you to set up a second fingerprint (or you can just use a PIN), so when you unlock your phone, you get a different experience. You'll see a separate set of apps, a different camera gallery, and so on.

Unfortunately, all of your texts and recent calls are there, so if you're giving your phone to someone and you don't want them to see what you've got going on, there's that one drawback.

Companies like Microsoft and Samsung have provided experiences that allow you to plug a phone into a monitor and use it similarly to a desktop PC. Boasting that you don't need a dock, Huawei is providing a similar solution.

To be clear, I've always been able to use a USB Type-C to HDMI cable with other options, but Huawei's Easy Projection seems to work well. It works with most Android apps that you'll find, presumably those that have been optimized for tablets. You can pair a Bluetooth mouse and keyboard, and you're good to go.

Huawei's in-house Kirin 970 chipset includes a Neural Processing Unit (NPU), and the company is promising artificial intelligence features in the Mate 10 Pro. The camera is a big part of this, in that it can tell what it's looking at and make the proper adjustments for it.

It can identify the following scenes: 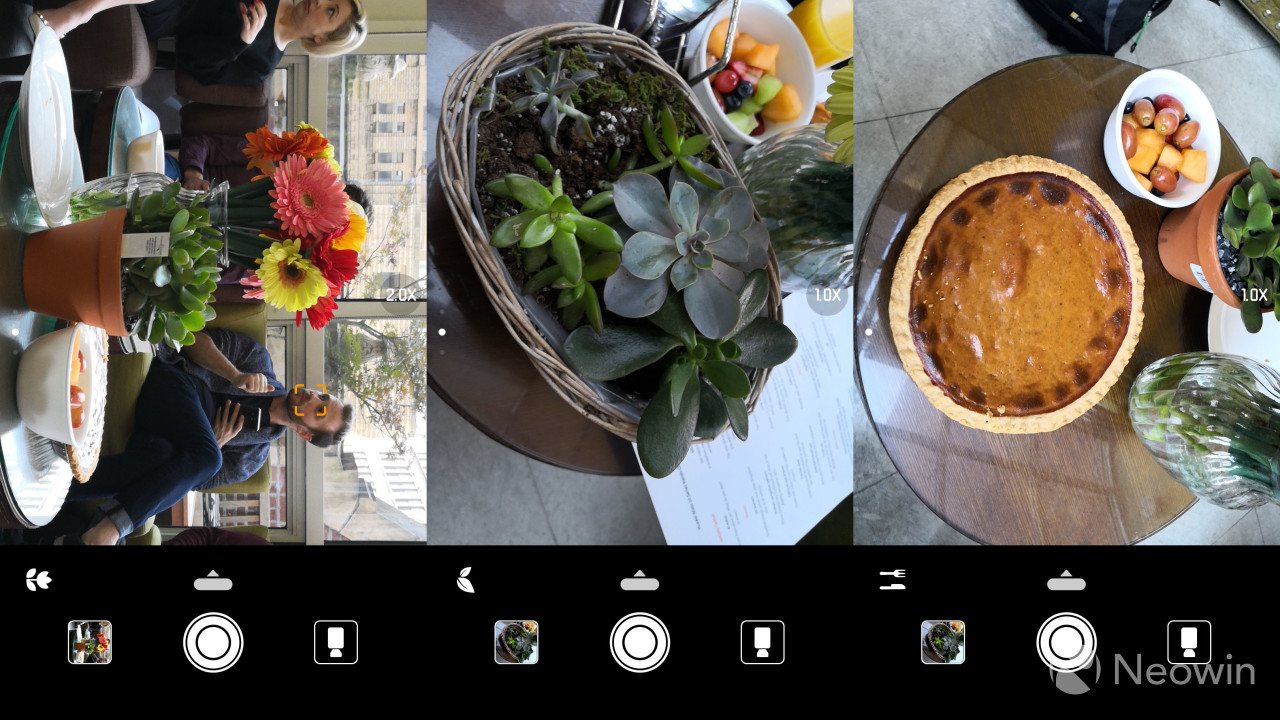 Huawei says that this list can evolve over time. While the device does seem to be accurate at deciding what it's looking at, there's no way to adjust it. For example, if the Mate 10 Pro thinks it's looking at a dog and it's actually looking a cat, you can't correct it.

You also can't shut the feature off in automatic mode. You can, of course, switch to manual controls. 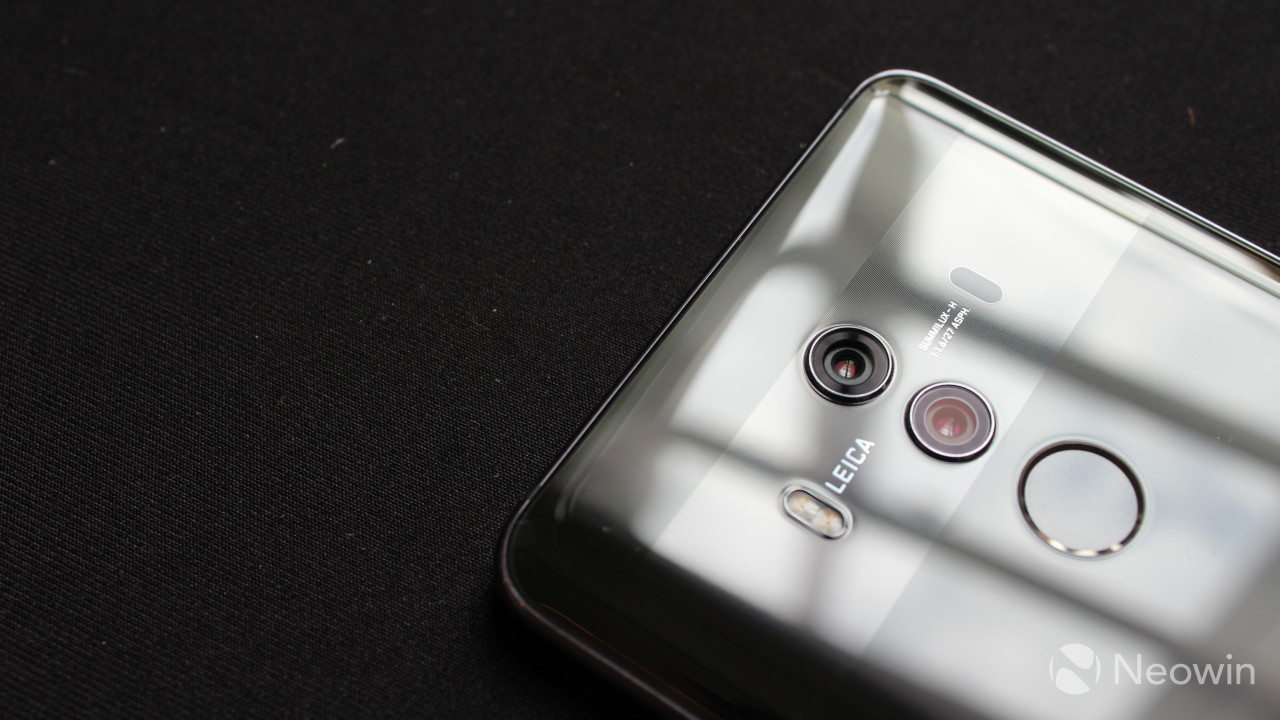 The camera has two Leica sensors: one 12MP RGB sensor and one 20MP monochrome sensor, both of which have an f/1.6 aperture. I've always been a big fan of the Leica monochrome sensors that Huawei uses, as they take amazing pictures. Unfortunately, the AI features don't work when shooting in monochrome, so you might actually get a better picture with this phone by taking a full color image and converting it.

In the samples that I took, I used portrait mode, wide aperture mode, automatic full color, and monochrome. Take a look:

I'm always a fan of Huawei's cameras, and this isn't any different. I'd prefer it if the lights were a bit less blown out in some of the images, but it's still above most competing devices.

Naturally, I vowed not to finalize this review until I could get out to Times Square at night and try it out for myself. My determination from the images I took was that while the camera isn't as miraculous as it might have seemed at the time, it still does a great job in tricky lighting scenarios.

The 4,000mAh battery on the Mate 10 Pro performs excellently. I've not yet experienced a scenario when it didn't last me through a full day, and still have some juice in the morning.

According to Huawei, this is also due to the NPU. Just like the phone can tell what the camera is looking at, it can also intelligently look at how you're using your phone, and optimize the battery for it. 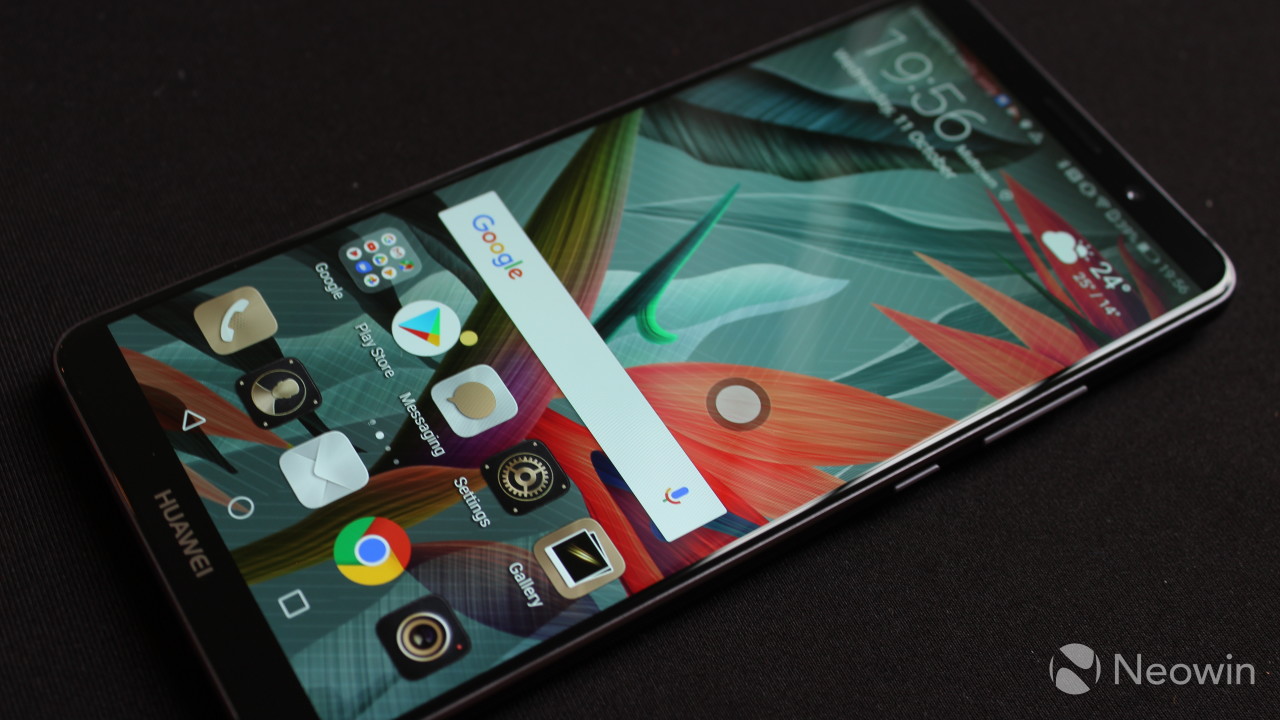 The Mate 10 Pro charges via USB Type-C, and while it does support fast charging, I was disappointed to see that there's no wireless charging. To me, this is the easiest way to charge devices while I'm at my desk, and at this point, all phones should have it.

Luckily, the battery life is so good that you don't have to worry about having a charging solution everywhere that you go, so it's not that big of a deal.

Performance for the Mate 10 Pro is right around where you'd expect for a 2017 Android flagship device. It doesn't use a Snapdragon 835 like many others do, but you'll see that benchmark scores are similar.

I used AnTuTu, Geekbench 4, and GFXBench. First is AnTuTu, which tests a bit of everything. 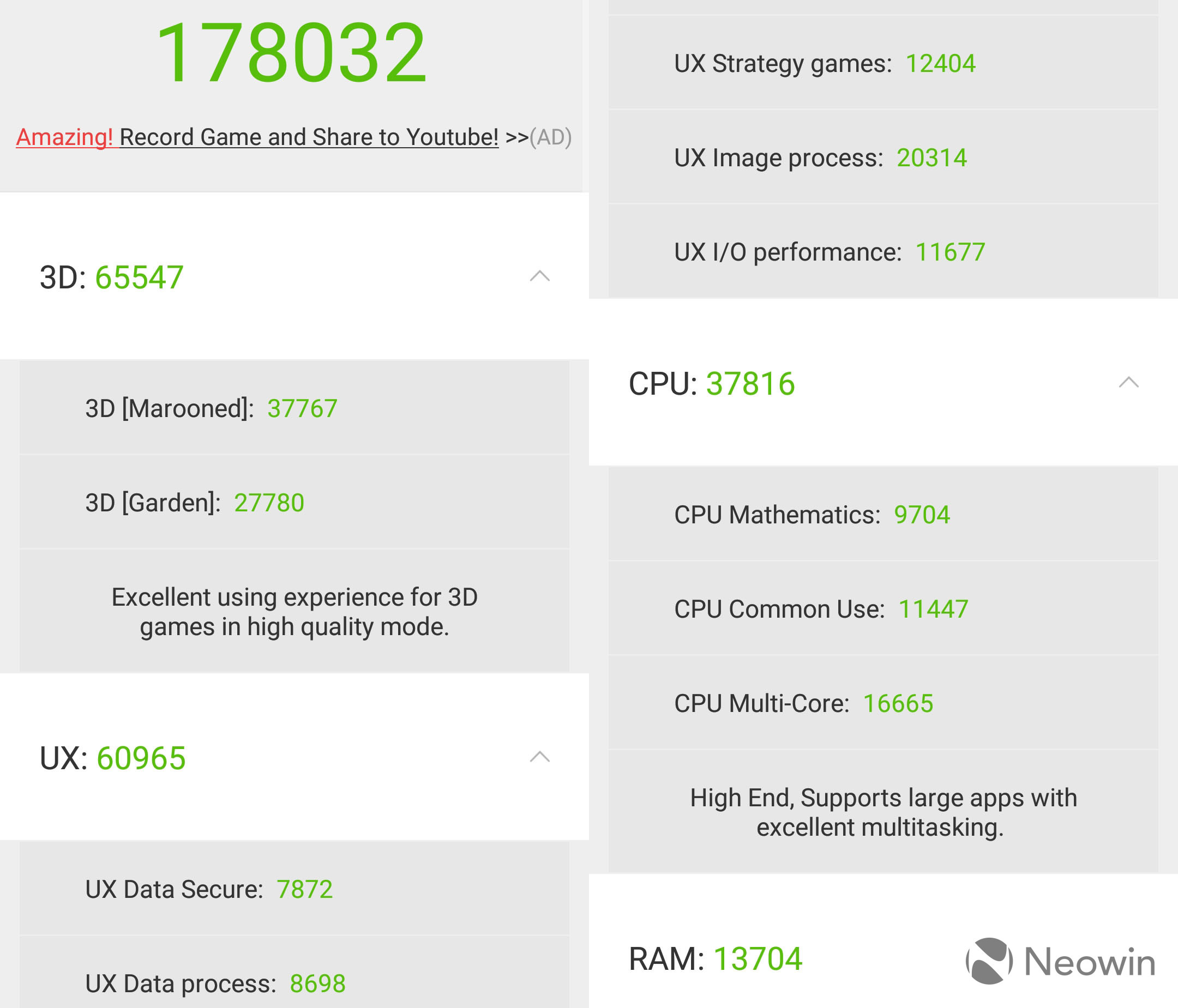 It outperforms the Snapdragon 835 in the Galaxy Note8, which scored 173,562. The Note8 did better in the 3D section, and the Mate 10 Pro won in the UX section. Interestingly, CPU was exactly 37,816 on both devices. 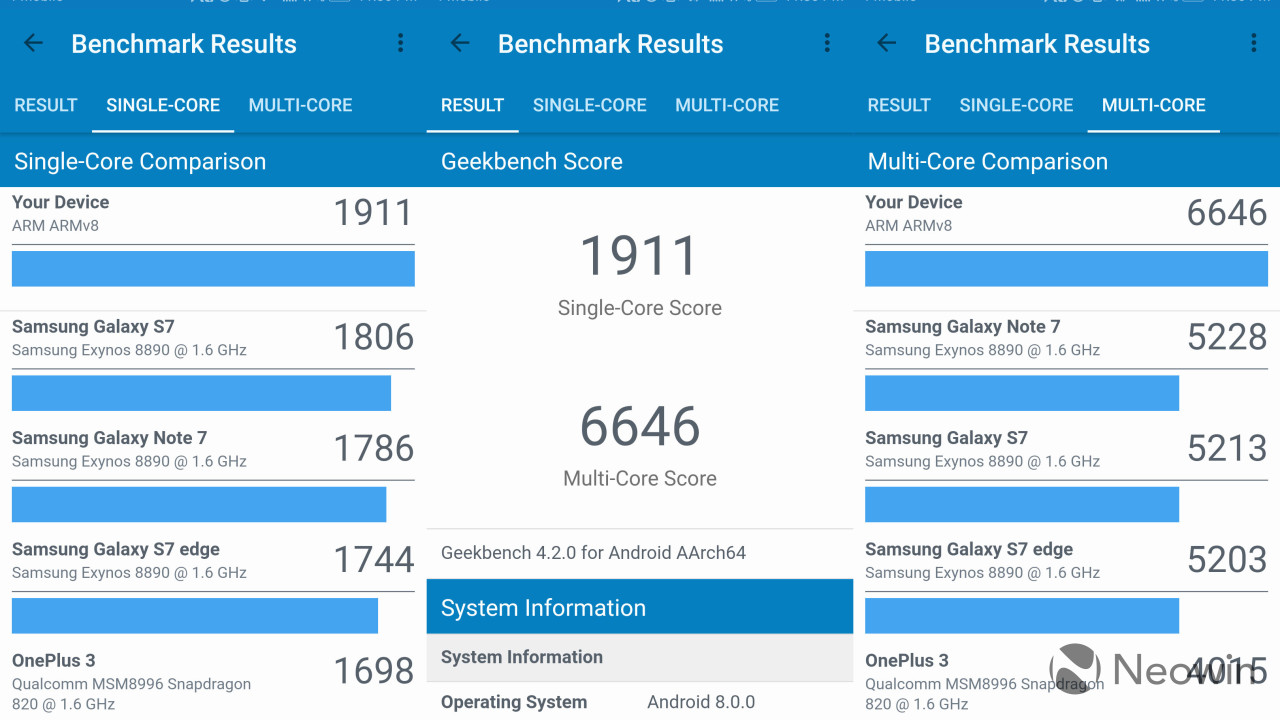 The Mate 10 Pro edged out the Snapdragon 835 in the Note8 by narrow margins in both categories. Finally, GFXBench tests the GPU, which is what I was most interested in, as I've not been entirely satisfied with the Adreno 540 that comes in Qualcomm-powered flagships. 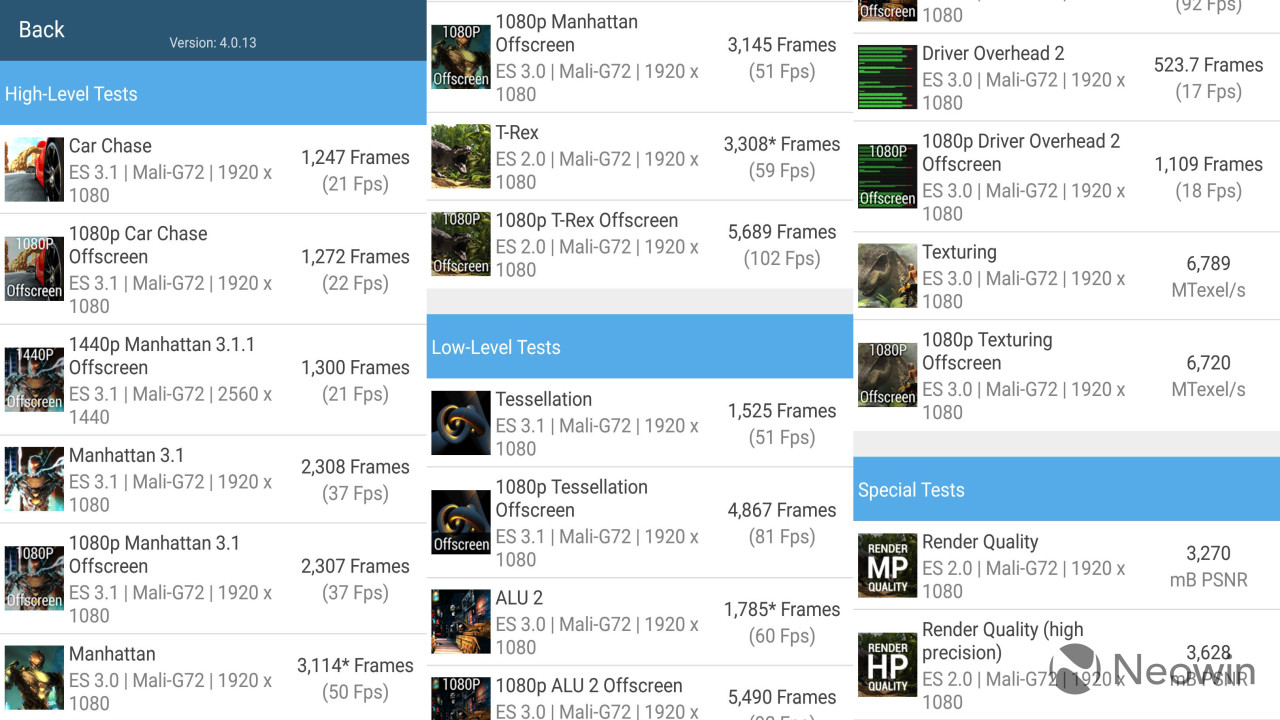 On the high-level tests, the Mate 10 GPU did better than the Note8 on the regular tests, but not as well on the offscreen tests. The low-level tests were a mixed bag.

Frankly, I think that the Huawei Mate 10 Pro is a wonderful phone. I appreciate the company's software experience, and it never disappoints when it comes to the camera. 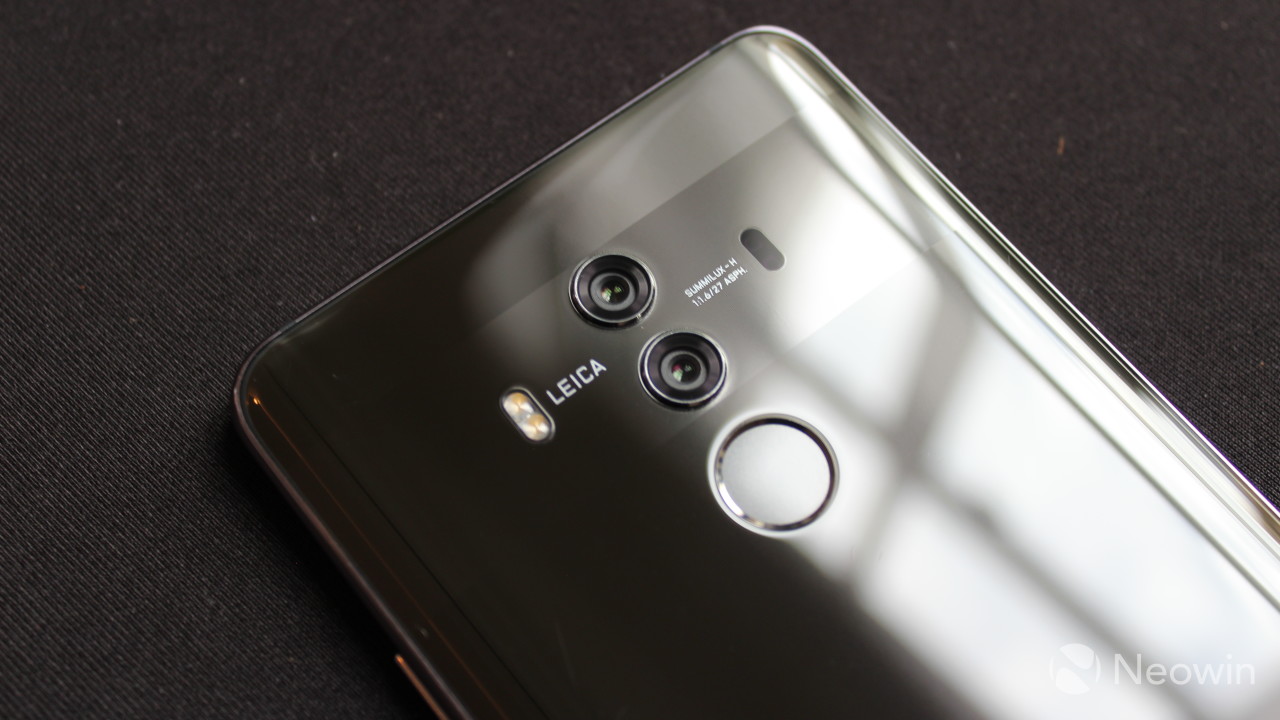 Those are really the two things that I care about most. I want a software experience that won't make me want to smash the device with a brick, and a camera that takes great pictures. The fact that it has a beautiful AMOLED display and a stylish body helps as well. Of course, there's also that fingerprint sensor, which I'm not shy about calling best in class.

Of course, it's not perfect. I'd have liked to have a 16:9 display, although those seem to be going away on flagship devices, and wireless charging would be nice.

Ultimately, the Huawei Mate 10 Pro is a phone that I think most people would be happy with it. I really don't have any major complaints, and there are plenty of things that I love about it. 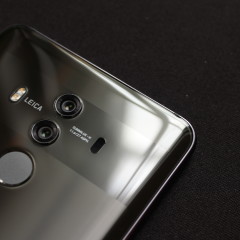 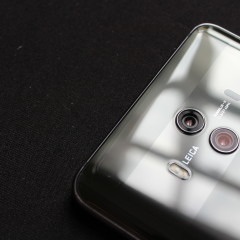 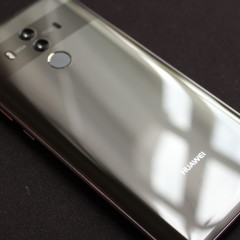 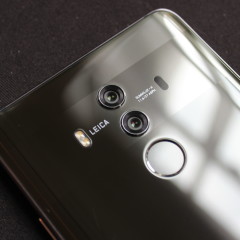 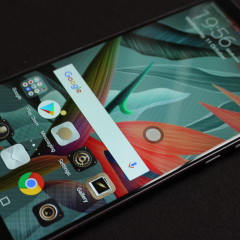 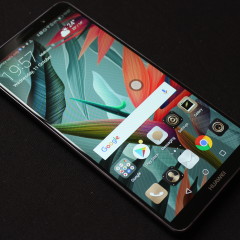 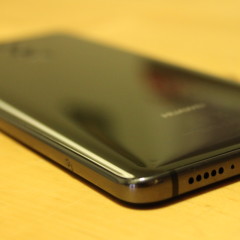 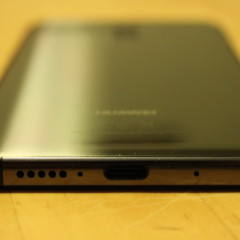 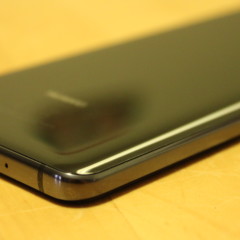 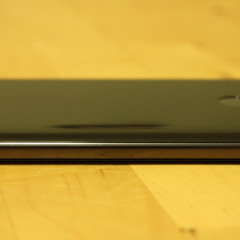 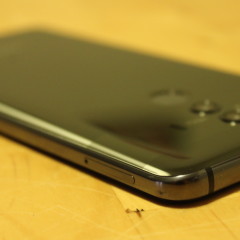 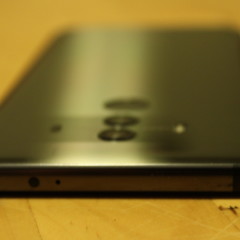 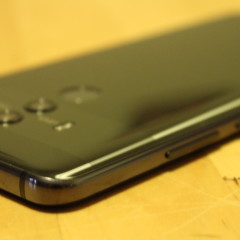 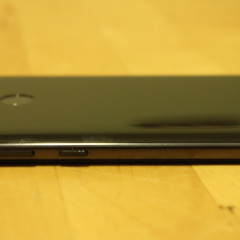