Here's a quick Black Friday 2013 sales alert that might help some of you who live near one of the 23 Micro Center stores in the U.S. The electronics retailer has announced that for today only, it will sell Microsoft's Surface RT tablet for $179.99 and that price includes a Touch Cover accessory. 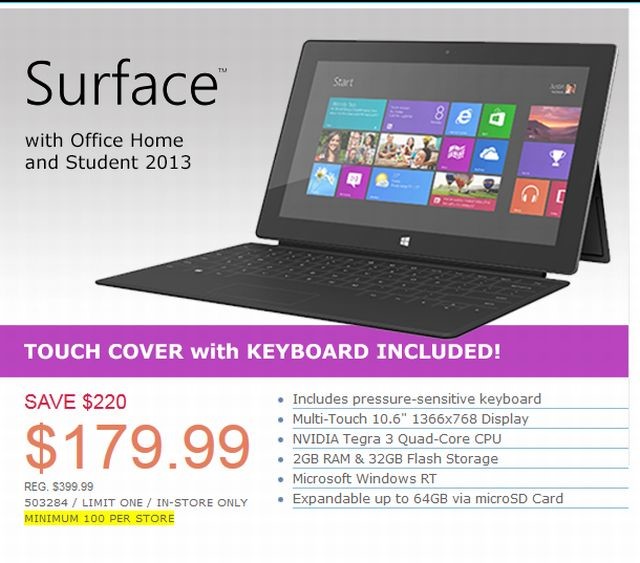 The price, as revealed on Micro Center's website, is the lowest we have seen for a new Surface RT that's been offered to the general public. Both Best Buy and Microsoft's store are offering the Surface RT for $199 today but that's without the Touch Cover.

There's always a catch with this kind of low price, and in this case, it's the fact that the $179.99 Surface RT can only be purchased by going to one of the 23 Micro Center locations; the store is not accepting online orders for the tablet at this price. The store opens at 8 am in their respective time zones; the website indicates there will be at least 100 Surface RT tablets at each store so even if you show up late you might have a chance to get one.