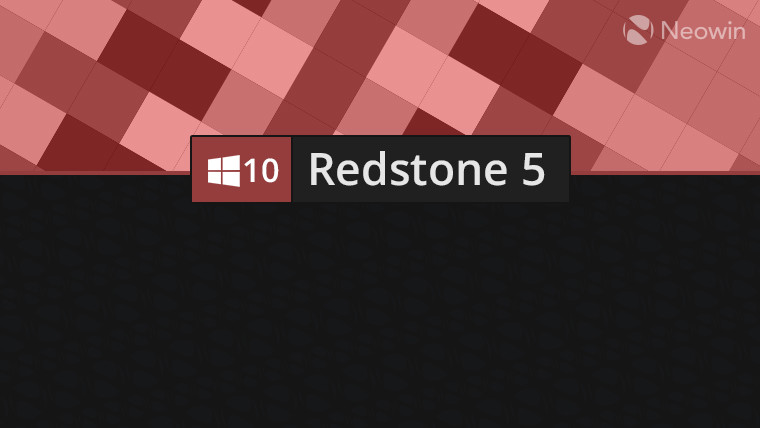 Microsoft successfully began rolling out the Windows 10 April 2018 Update (version 1803, codenamed Redstone 4) to the general public on April 30, 2018. The next major feature update to Windows 10, codenamed Redstone 5 is expected to be ready by this fall. Up until now, builds for Redstone 5 have headed to those in the ‘Skip Ahead’ ring of the Windows Insider Program, since Redstone 4 was still in final stages of development. However, with the focus now moving to RS5 development, builds are expected to start hitting the Fast and Slow rings sooner than later.

Windows Insider Chief Dona Sarkar took to Twitter to confirm that the builds are indeed expected to hit Fast and Slow rings soon and that Windows Insiders that do not want to receive RS5 builds should move to the stable Release Preview ring.

#WindowsInsiders: if you don't want to start receiving RS5 builds, you should switch to Release Preview TODAY. Both WIP Fast and Slow will see RS5 builds....why, yes, SOON (tm) pic.twitter.com/I9oHGDNIyq

Redstone 5, or version 1809 as it may be called when released later this year, is still in early stages of development. This means that the builds would likely be buggier and not ideal for use on daily drivers and production machines. Insiders that chose to hop onto the Fast or Slow rings to get the April 2018 update earlier and that are still enrolled into those rings may end up downloading RS5 builds, after which the only way to get back to the previous release would be by resetting the PC.

If you are in the Fast or Slow rings of the Windows Insider Program and do not wish to receive RS5 builds, you can move to the Release Preview ring by following these steps:

The tweet also hints at a build release “soon”, which may mean that builds to the Fast ring might show up as early as tomorrow.

Additionally, Microsoft occasionally pushes cumulative updates to the Release Preview ring before it hits the normal population. So if you prefer to not be a beta tester at all, you can opt out of the Windows Insider Program.