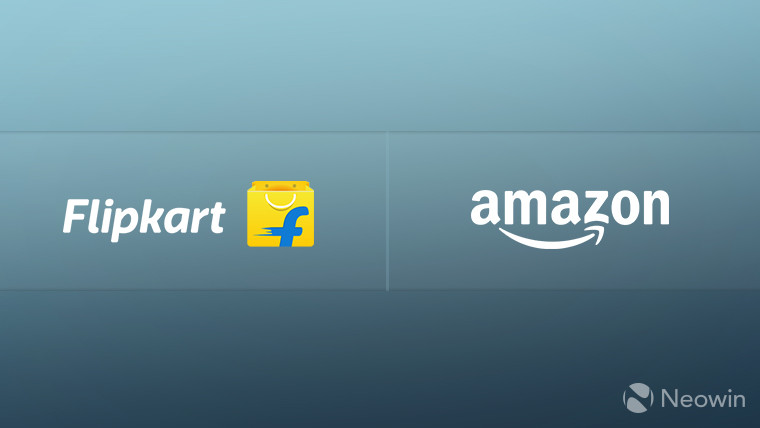 Indian e-commerce giant Flipkart, partly owned by technology investments firm, SoftBank, may be in the race to be acquired not just by Walmart, but also by Amazon if a report from CNBC TV-18 is to be believed. The company has seen investments from the likes of Microsoft, eBay and Tencent in the past, but according to sources close to the matter, Amazon has made a formal offer to buy 60% stake in the company.

As per previous reports, Walmart was known to be in advanced talks with SoftBank to buy out a majority stake in Flipkart, totalling to about 80%, investing close to $12 billion in the company. The offer also included letting Flipkart function independently and retaining its management.

Though not much in the way of details are known about the Amazon offer, the report states that Amazon’s bid is likely on par with that of Walmart, and that the global e-commerce giant intends to sign a non-compete agreement with Flipkart. A non-compete agreement would prohibit Flipkart’s promoters from entering into or starting a firm that directly competes with Amazon.

Further, the report also mentions that Amazon’s bid offers a breakup fee of $2 billion, which means that should the deal not materialize, Amazon will pay that fee to terminate the agreement. As per sources, Flipkart’s investors and founders are in favor of the Walmart deal, adding that the company’s Executive Chairman and co-founder, Sachin Bansal, was in the US last week to oversee final round of negotiations with Walmart. There were also reports in April that Masayoshi Son, the founder of SoftBank, met Walmart's global CEO to finalize a deal.

It is interesting to see how all this pans out and if Flipkart considers the offer from Amazon, or accepts Walmart’s offer to take on Amazon head-on in what is currently a fiercely fought battle in the Indian e-commerce arena.