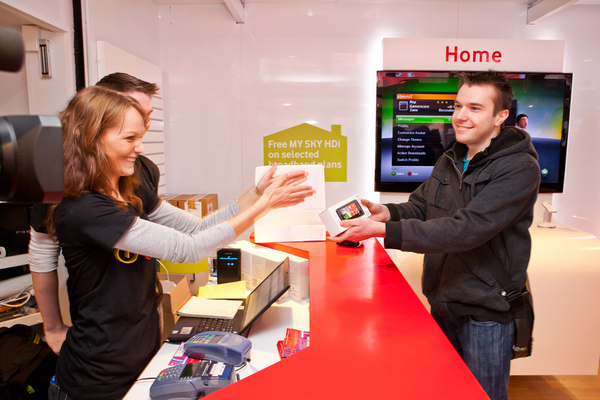 In Sullivan's interview with Ina Fried of Mobilized, Greg Sullivan says the phone is still in early stages, but “when people use this phone, they really, really like it.” Sullivan goes on to talk about how sales are only one measure of a platform's success, and that customer satisfaction along with developer investment were more important indicators. Across the board, Microsoft has been pleased with the results from their latest mobile product.

Sullivan also mentioned in another interview with CNET that "93 percent of Windows Phone customers are satisfied or very satisfied with Windows Phone 7, and 90 percent would recommend the phone to others," with the data pulled from a recent survey over hundreds of Windows Phone 7 customers. Windows Phone 7, as said multiple times by Microsoft is a device that once you get out and play with, you love it. Back at CES earlier this month, Microsoft CEO Steve Ballmer stated that people simply demonstrating their phone to their friends is very helpful and lets people know that this is truly a different and new phone experience.

During the interview, Sullivan also went on to talk about how Microsoft's Marketplace is doing. Currently, there are now more than 6,500 apps and 24,000 registered developers. Comparing this to the numbers released at CES of 5,500 apps and 20,000 developers, this is a platform that certainly is growing and at quite a fast rate.

Regarding updates to Windows Phone 7, they will come, according to Sullivan, within "the next few months." Microsoft is certainly proud of their mobile investment, and thousands of users are enjoying their hard work as well.