Microsoft has just announced the launch of two new keyboard-mice combos, including the new Sculpt Ergonomic Desktop, that are designed specifically to help PC workers be more comfortable while they work in front of their computer for hours and hours. 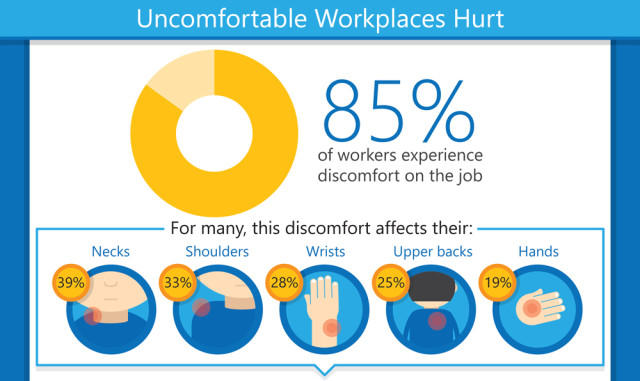 It's not a shock to learn that many people who sit in front of their PC as part of their employment are frequently uncomfortable. Microsoft decided to conduct a survey of 10 US markets to find out more about this office workplace issue. The survey results show that 85 percent of them experience some kind of physical discomfort while working at their job. Issues with the neck are reported most at 39 percent, followed by the shoulders at 33 percent and the wrists at 28 percent. 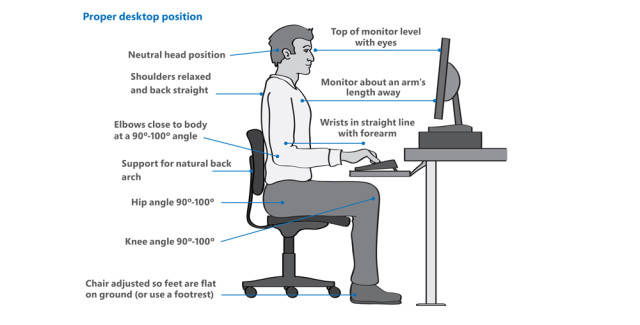 Even if you can't buy one of Microsoft's newest comfortable keyboards (and they would certainly like for that to happen), the company does offer some tips to make the long hours in front of the PC more bearable. They include placing a PC monitor at arm's length on a desk, keeping the wrists in a straight line with the forearm and having the top of the monitor leveled with your eyes.