A couple of days ago, a leaked build 9471 of Windows 8.1 found its way on the Internet. The build contains a number of new features and improvements compared to the current public preview version of Windows 8.1, which launched in June. One of them is a detailed tutorial on how to use the operating system, which will likely be welcomed by most PC owners. 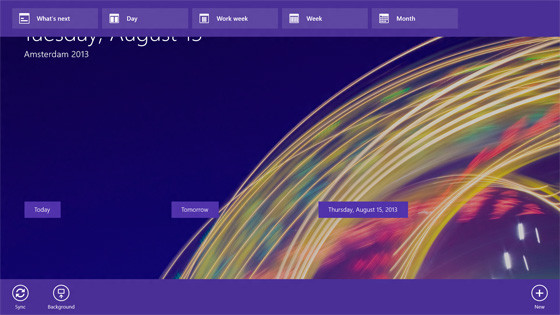 Paul Thurrott of Winsupersite has been checking out this leaked build and found a few more interesting additions and improvements. One is the new Calendar app, which Microsoft previously mentioned would be getting a "What's Next" mode that will display the next series of events on a calendar. That new feature is now in the 9471 build and Thurrott adds that the look of the app has received a revamp as well.

The Mail app in this new Windows 8.1 build also gets some new features, such as a way to pin contacts and folders to the app's navigation screen. The Photos app puts back a way to import images, although Thurrott says it's a pretty basic setup. The motion themes that were found in previous versions of Windows 8.1 are back again in this new build.

Microsoft could make the RTM announcement for Windows 8.1 at any time but there are reports that it will not release the OS to the general public until sometime in mid-October, even for MSDN and TechNet subscribers.