Microsoft recently announced that it was expanding the reach of its Snapshot feature for the Bing search service to include more information about certain celebrities and professionals. This week, Microsoft announced a small addition to that feature by including some Klout. 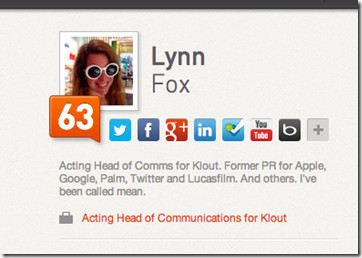 Klout, for those of you who might not be familiar, is a social networking service that ranks its users based on how much they interact on other social networks or if they have a large web presence. A higher ranking means that person is, according to Klout, more influential than others that are ranked below him or her.

Professionals and celebrities can now have their Klout ranking displayed as part of their Bing Snapshot profile, according to a new post on the official Bing blog. In the post, Microsoft stated:

This is the first time Klout has added search as a signal for influence.  When you think about it, this makes perfect sense.  Someone who is famous or influential on a topic is far more likely to be searched for than someone who isn’t.  We think this young category of influence measurement is an interesting one, and we are pleased to be doing such interesting work with Klout.