The early Windows Blue build that was leaked to the Internet last weekend has revealed some of the plans Microsoft has for Internet Explorer 11 . Those features include tab syncing, a downloads list feature for the Modern version and more.

Now there's some evidence that IE11 might have support for something that a lot of web creators have been hoping would be added to the web browser: WebGL support. The discovery was mentioned in a blog post this week by web developer Francois Remy who wrote:

I didn’t get webgl working, even by trying using iesl, hlsl and other combinations. So, it seems like WebGL interfaces are defined but not functional at this time.

So what does this mean? Basically, the IE team at Microsoft have put in some programing that could be used to support WebGL but that the actual full support has not been implemented; WebGL is supported by Google's Chrome browser. 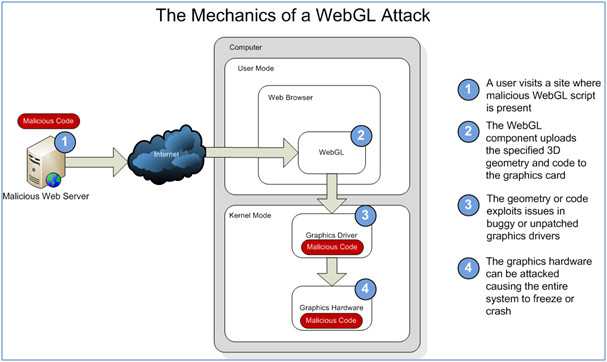 This is significant because in 2011, Microsoft went out of its way to state that putting WebGL support in Internet Explorer was too great of a security risk. However, other web developers feel that IE has suffered due to its lack of WebGL support and as a result some web-based games and other apps can run slower in IE compared to Chrome and Mozilla's Firefox.

The fact that Microsoft is at least putting in some code in IE11 that could be used to implement WebGL might mean that the company is keeping all bets open at this point, although the final version of IE11 could be released without WebGL.