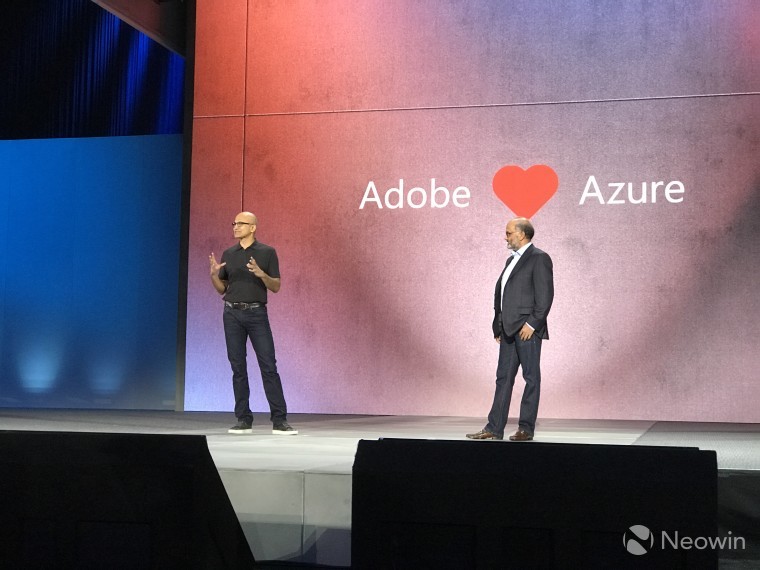 At Ignite last year, Microsoft and Adobe took to the stage and announced that going forward, all Adobe Cloud solutions would make use of the Microsoft Azure infrastructure, including Creative Cloud, Document Cloud, and Marketing Cloud. Beyond that, Microsoft announced that the aforementioned Marketing solution from Adobe would become the preferred platform for Dynamics 365 Enterprise Edition.

In a recent announcement, Microsoft announced that it will extend this partnership even further, noting that from that point on, the company would make Adobe Sign the preferred electronic signature solution across its entire portfolio. In addition to this, Microsoft Teams will become the preferred collaboration tool within the Adobe Cloud, which is a chat-based collaborative application in the Office 365 portfolio. This comes after these two companies announced that it will share sales data between their respective platforms earlier this year as a way to 'combat' companies like Salesforce and Oracle.

“Adobe and Microsoft are working together to redefine what the modern enterprise experience looks like with collaboration, identity, data and intelligence at the core. Together we will develop integrated cloud services with best-in-class solutions like Adobe Sign and Office 365 that help businesses digitally transform while delivering great experiences to their customers.”

Customers can expect the following changes in the coming weeks:

Recently, Microsoft was rumored to be in process of rebranding its Skype for Business application - previously named Lync - seemingly to consolidate its set of tools for the Enterprise. The Microsoft Teams solution was generally made available in March earlier this year for Office 365 customers in 181 countries.