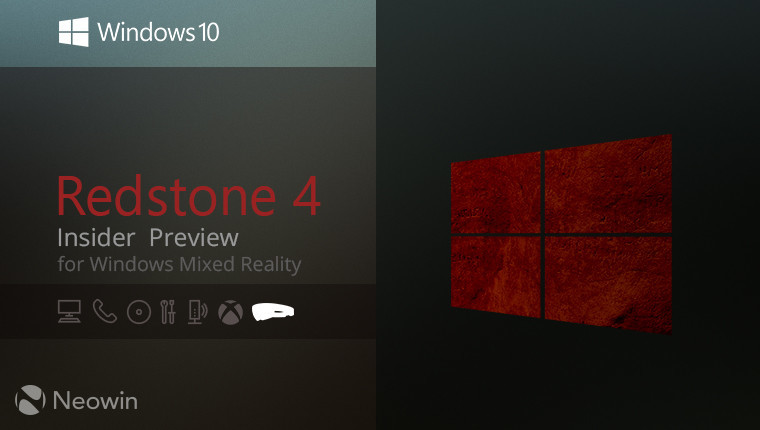 Microsoft announced new features coming to Windows Mixed Reality in the Windows 10 spring update today. Insiders can test these out right now, if they're on the Fast ring on build 17115.

The company promised a while back that users will be able to experience Windows Mixed Reality in different environments. On top of the existing 'Cliff House' environment, you'll also be able to use 'Skyloft'. You can select it by going to Places in the Mixed Reality Start Menu.

Aside from a new environment, there are lots of other new features coming. Haptic feedback will be supported on Motion Controllers for SteamVR games, and performance has been improved for those games as well. They'll now use less video RAM. Performance should be improved with the live video preview on the desktop as well. And while the automatic performance settings have been updated, those can be changed in Settings under Headset Display.

Users can now take Windows Mixed Reality photos by hitting the Windows button on the controller and then hitting the trigger. Finally, there's more information about compatibility with USB 3.0 controllers and graphics card during setup.

You might recall that in the two previous builds, there was a known issue that caused Windows Mixed Reality to be unstable and render at a low frame rate. This has been fixed in build 17115, so you're free to try out the new features right now.