Microsoft today announced a series of new features that are coming to the OneNote app for Windows 10, as well as OneNote Online. The company says that all of them come directly as a result of discussions that it's had with teachers.

Back in March, the firm announced a Class Notebook Tools Add-in for OneNote 2013 and 2016, but now the feature will be part of the UWP and web apps.

This will include the ability to do the following:

Distribute a page or section to your students—Rather than sending students to the Content Library to copy a page for themselves, teachers can distribute a page to all students in a class with just two clicks.

Review student work sequentially—Just like in the Class Notebook add-in for OneNote 2013 or 2016, teachers are provided with a list of all the pages they’ve distributed and a quick way to sequentially review work (homework, assignments, quizzes, etc.). Simply click a student’s name to navigate to the page in the student’s notebook. 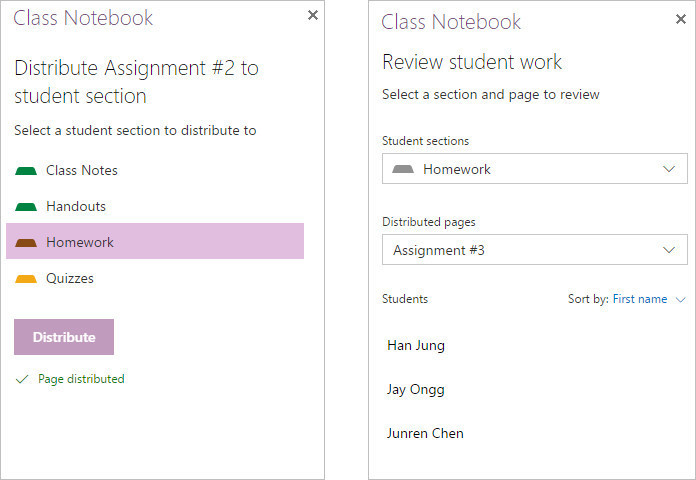 These features will be rolling out to OneNote Online for Office 365 Education users today, and they'll show up in an update to the UWP app in the coming days. 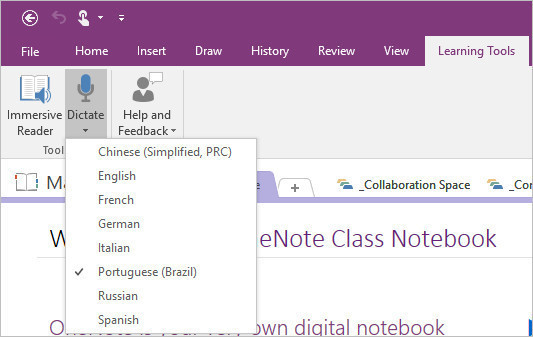 You'll also be able to use "explicit punctuation", a feature that's already available on many dictation services. For example, saying the word "period" or "question mark" would input the corresponding punctuation.

There are a couple of other improvements as well:

Teachers will now be able to give stickers to students, and they'll even be able to personalize them with a message. On top of that, Microsoft says that it will be releasing various sticker packs throughout 2017.

Stickers are available in OneNote Online as of today, but will be rolling out to the Class Notebook Add-in for OneNote 2013 and 2016, and the Windows 10 app in the coming weeks.

Microsoft also announced new partners that it will support for embedding content in OneNote. These include Quizlet, ThinkLink, GeoGebra, Wizer, and Sketchfab 3D. You can actually view all of the types of embedded content in this public notebook.

Along with all of those improvements, the company also announced the availability of Office Lens for the iPad today, which includes the Learning Tools mentioned above.

The firm isn't done improving its note-taking service, of course. Last week, it introduced its latest Office Mobile Insider build, and it had a major focus on OneNote. None of those new features were announced today though, so it will probably still be a week or two for that.