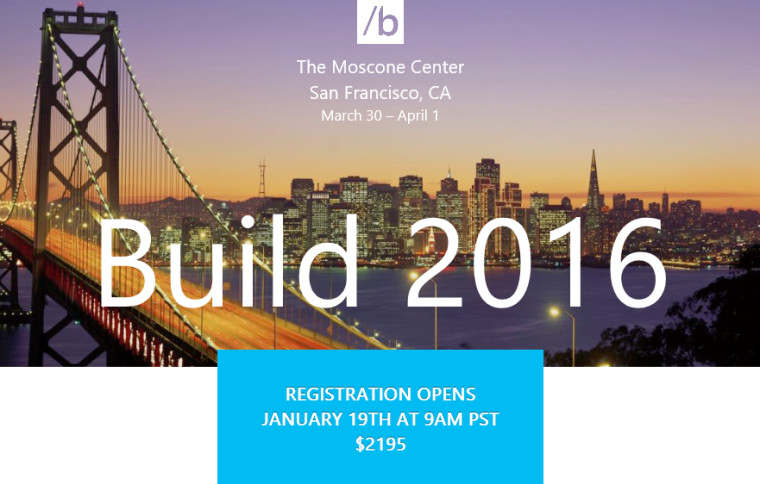 Just over a month ago, Microsoft announced that its Build 2016 developer conference will be held in San Francisco from March 30 to April 1. Those interested in attending the event have so far only been able to sign-up for notifications - but registration for the conference will open next week.

Today, Microsoft's Steve Guggenheimer revealed that you'll be able to register to attend Build 2016 from 9am PT on January 19. Developers wishing to attend will have to pay $2,195 (a little higher than last year's $2,095 price) - but as in previous years, they're likely to go home with one or two devices. He added:

This year’s Build will highlight the latest tools and technologies and how they can help today’s developers be their most creative and productive. Build is filled with strong technical sessions as well as opportunities to meet and learn from others in the industry. Based on your feedback year over year, we make sure the schedule is filled with solid content and as usual we strive to deliver some fun surprises along the way.

In the meantime, you can still sign up for notifications at build.microsoft.com.