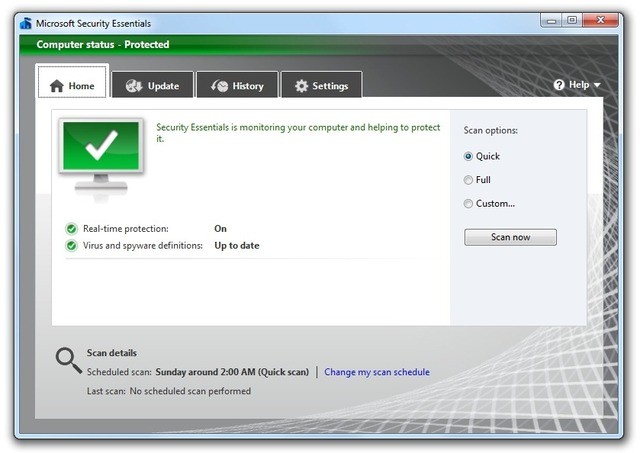 A couple of weeks ago, Holly Stewart, a senior program manager for Microsoft's Malware Protection Center, stated in an interview that the free Microsoft Security Essentials software tool it offers was designed to offer Windows PC users "baseline" protection against viruses and malware. The statement was treated by some PC users as an admission that Security Essentials was not good enough to stop malware threats.

Today, Microsoft decided to defend its malware policies via a new post on the Malware Protection Center blog. While the post did not mention the Microsoft Security Essentials interview, Dennis Batchelder, the partner group program manager for the company's Malware Protection Center, stated that it was "fully committed to protecting our consumer and business customers from malware."

Batchelder stated that in the past year the company has done a number of things to improve its malware-fighting features. He said, "We’ve developed early warning telemetry and faster signature delivery systems to respond to these threats." He also stated that Microsoft gets data from the owners of millions of PCs who have voluntarily provided access to their machines, which he says helps the center "identify and prioritize new malware files." Finally, Batchelder says the center has been sharing what it knows about malware threats with others in the industry.

Batchelder said that those efforts have helped to increase its malware protection results that have "less incorrect detections and less misses" by what he calls a "significant rate" between the last quarter of 2011 and the first half of 2013. He did not offer any specific numbers.

He closed his blog post by saying, "We are proud of the protection capabilities we provide for well over 150 million computers worldwide with our real-time antimalware products. We believe in Microsoft antimalware products and strongly recommend them to our customers, to our friends, and to our families."