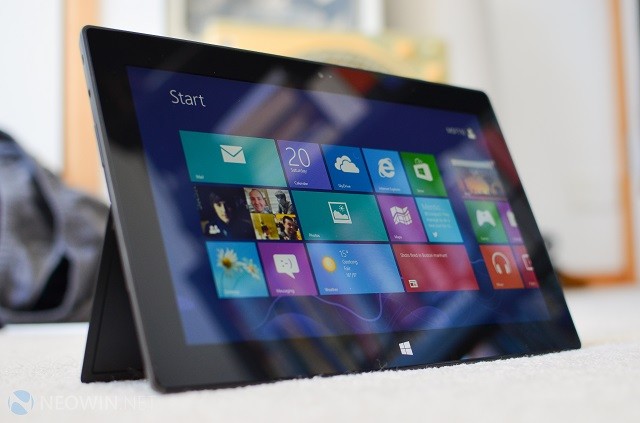 In both instances, Microsoft didn’t formally announce the name changes, instead deciding to simply change the branding on its official Surface website.

The name change follows statements from Microsoft’s Surface marketing manager that the Surface RT name was puzzling for consumers, which is why its new ARM-powered tablet dropped the "RT" portion of its branding. “We think that there was some confusion in the market last year on the difference between Surface RT and Surface Pro,” Jack Cowett said earlier this month. “We want to help make it easier for people, and these are two different products designed for two different people.”

Microsoft has faced criticism in the press for its branding of both the Surface tablets and its signature Windows operating system. Windows RT, the ARM-based version of Windows 8, faced media complaints and consumer confusion over the fact that it’s incompatible with traditional x86 desktop applications, despite carrying the Windows name.

Several outlets have suggested Microsoft refer to Windows RT and Windows 8’s new Start screen interface as something other than Windows. The original name of the interface’s design language, “Metro,” is unlikely, as reports indicated Microsoft dropped the brand because of a trademark dispute with an unnamed company, believed to be the German retailer Metro AG.

The company’s Windows Phone operating system underwent a similar name change shortly after its announcement in 2010, going from “Windows Phone 7 Series” to Windows Phone 7 following complaints about the name’s length. In that rebranding, however, Microsoft formally announced the change.

Source: Microsoft via The Verge