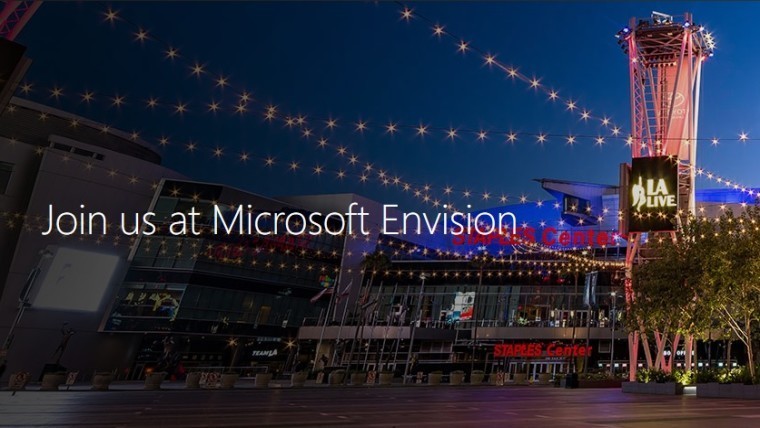 Having made its debut in New Orleans earlier this year, Microsoft Envision is returning in the first quarter of 2017. While it was described as an entirely new event, the company acknowledged that Envision superseded Microsoft Convergence as its flagship event for senior business leaders.

Microsoft Envision will span three days in Los Angeles, starting on February 28 and concluding on March 2. Each day will feature a 'digital transformation' keynote, highlighting how Rolls-Royce, the Special Olympics, and Temenos managed to achieve their business goals through the use of Microsoft cloud services.

Registrations are now open for Microsoft Envision with the option of a one-day or three-day conference pass, priced at $995 and $1,995 respectively, with passes including "access to keynotes, content, networking, and social experiences." Those opting for a one-day pass should inspect the agenda for the event prior to locking in their nominated day of attendance.