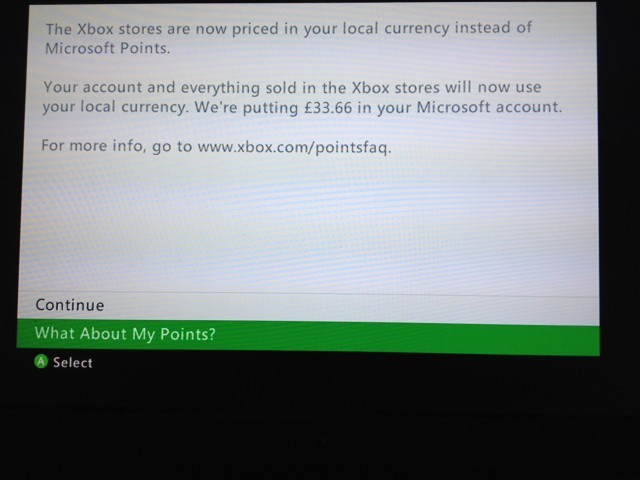 Some Xbox 360 owners who are participating in the current beta for the new dashboard update got a rude awakening this week. They discovered that prices for Xbox 360 games under the new real-world currency model had actually gone up compared to the prices they paid under the Microsoft Points system.

However, the new Xbox 360 dashboard is still in its beta test period and, as with all betas, there are issues that will creep up. In this case, the company has confirmed that the conversions rates from Microsoft Points to real-world currency in some parts of the world are in error in the current beta test.

Joystiq got a statement from Microsoft, which said:

We are aware that select regions experienced some incorrect game title pricing in the Xbox Live beta. This was an unintended error that we are in the process of fixing. We'll be reimbursing impacted beta participants for the difference in what was paid and what the price will be after the update is available to all members.

Microsoft's statement added that the company will continue to make "corrections and adjustments" to the Xbox 360 dashboard during the beta period before the update goes live to all owners of the console sometime later this year.