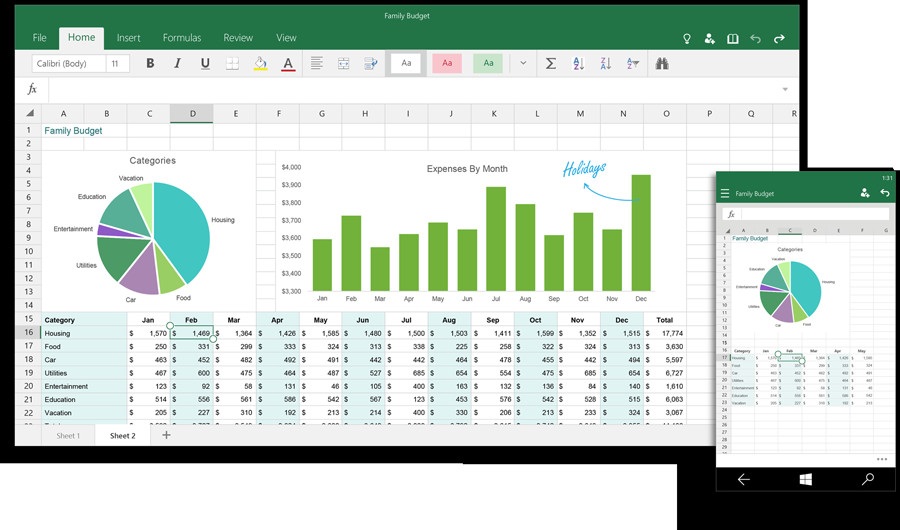 This weekend marks the 30th anniversary of Microsoft Excel 1.0, the first iteration of the ubiquitous spreadsheet software used by millions today. To mark the occasion, members of the original team are celebrating in Seattle, with four team members also giving an interview to GeekWire’s weekly podcast. The four interviewees were Jabe Blumenthal, Doug Klunder, Jon DeVaan and Mike Koss.

So why did Microsoft create Excel? According to Klunder, "Our mission was to beat Lotus 123... and we were going to do everything 123 did, but do it better and faster. And this was pre-Windows."

But a notable moment in the interview was when Jabe Blumenthal—the very first program manager at Microsoft—gave his own somewhat facetious take on the genesis and conception of Excel, candidly remarking that the spreadsheet software was inspired by other products:

Doug [Klunder] and I are sort of considered the fathers of Excel, although it’s important to point out that largely it was a matter of ripping off really good ideas from other products… Doug will take exception to that because he actually did some really cool original stuff.

I would disagree with that. But yes, we certainly ripped some stuff off, but we also did some things nobody else had done at the time, and probably hasn’t done since. Some of which are really insane, and some of which turned out to be pretty handy.

One of those original ideas was a feature, coded by Klunder, called Intelligent Recalc. The feature selectively recalculated only the cells affected by a formula change, rather than recalculating all the cells in the sheet. This produced a huge performance advantage over Lotus 123 at the time, Klunder explained. The feature's implementation was incredibly complex, and this caused many debates with Bill Gates on Klunder's approach.

But perhaps the most interesting story was Excel's shift from DOS to Mac. Development for the DOS version ran for 6 months before the change occurred. The decision was made by Bill Gates and others to stop DOS development and instead write Excel for the Mac and its newer, promising GUI that was more flexible and adaptable to the implementation of a visual spreadsheet.

In the interview, Klunder talked in detail about the big shift, what that meant for Excel’s architecture, and how certain x86 programming had to be retained, even though the software was being adapted for the Mac:

That caused… interesting decisions with Excel where we effectively mimicked the 8086 architecture on the Mac, so [we] used the same 20-bit addressing rather than the Mac’s native 32-bit addressing, did memory management like the PC, and all because we already had the code already working on DOS.

Strategically, Blumenthal opined that Lotus might have succeeded over Microsoft if it had quickly expanded its support for more operating systems and ported 123 immediately to the Mac. He believes today's software landscape would be very different today if it had done so.

By contrast, Excel 1.0 was prioritized for the Mac and was never released on a Microsoft operating system. It's a poignant decision that resonates today with current CEO Satya Nadella's "mobile first, cloud first" mantra, which emphasizes writing apps for where many users actually are—on rival operating systems—rather than where Microsoft wants them to be—on Windows.

It's a new world for Microsoft, and with Excel 2016 releasing so close to the software's 30th anniversary, and with Excel's support of numerous platforms, it's interesting to reflect on the paths Microsoft is choosing today.