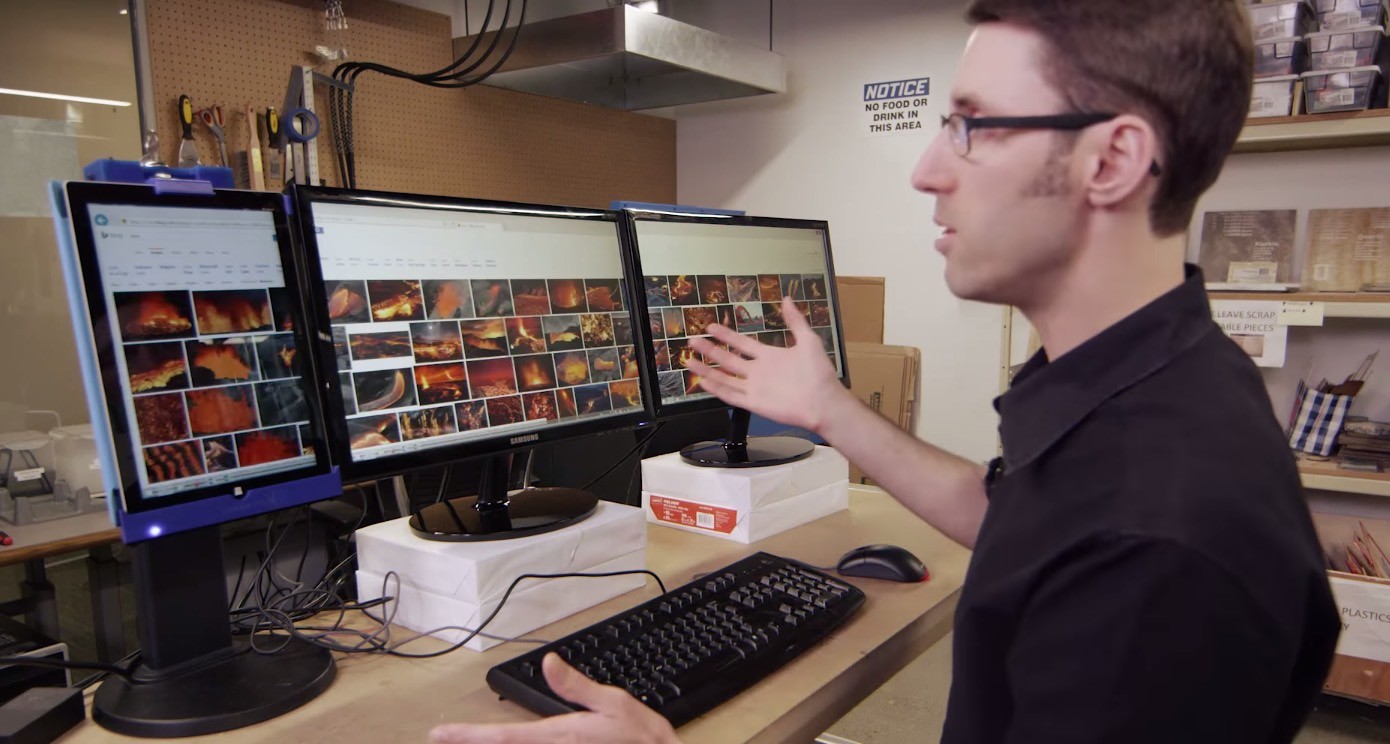 Microsoft's Surface Pro 3 is a robust device that can easily work as a replacement for your desktop or laptop. While Microsoft does offer a traditional landscape docking station, the Microsoft 'Garage' team has created an experimental portrait VESA mounted dock for the Surface Pro 3.

The idea for the custom mount came from program manager Dan Charlton who had an issue with the angle of the original Surface due to his stature. He wanted to raise the Surface to eye level, especially when pairing the device with regular desktop screens. He started the project at home and created a dock from wood that would allow the Surface to be mounted on its side. Evolving the design and borrowing some components from Microsoft's official Surface Pro 3 Docking Station, Charlton was able to create a portrait VESA mounted dock for the Surface Pro 3.

Once the Surface Pro 3 is docked, it will expand its display to the other desktop monitors that are connected to the dock. Unfortunately, the dock is currently only an experiment and is not available for purchase in retail outlets.