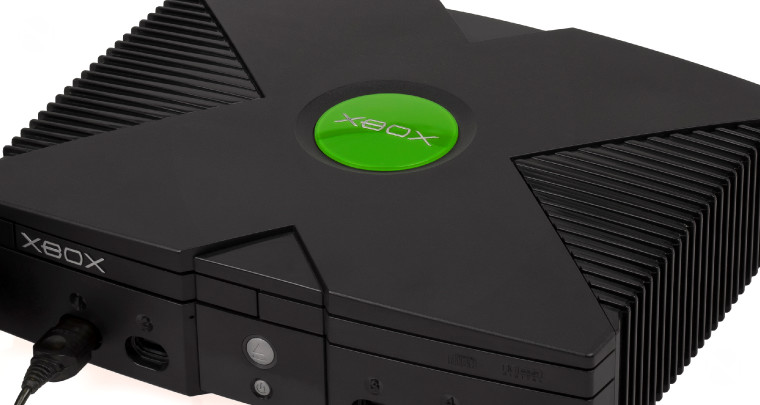 There's no question that the Xbox has a sordid past. From the Duke controller to the RRoD, things haven't always gone smoothly for Microsoft's gaming console. Despite the bumps in the road, the company is still a dominant force in the console market.

If you're interested in the history, then IGN has you covered: Ryan McCaffrey hosted a 90 minute podcast with the creator of the Xbox, Seamus Blackley, the previous head of the 360, Peter Moore, and the current Xbox leader, Phil Spencer. The group discusses all sorts of topics, such as the history of the large controller, the decision to use a hard drive, the shock when Xbox switched from AMD to Intel at the last second, and more.

The team started talking about why the Xbox's primary color is green. While many may believe it was the result of hundreds of hours of market research, the real answer is much simpler: An employee had "an awesome set of markers," but people stole them all, except for the green one that nobody wanted. The team began making mockups using the remaining green marker, and the color just stuck.

Regarding the hard drive in the original Xbox, it was a challenge that Blackley had to face head on because many within the organization didn't want the additional cost.

In a leadership role there's a limited number of shit-fits you can throw to just say no to something. You need to kind of trade. There were a couple of pivitol meetings where I consciously made a decision to say I would quit and walk away if there was no hard drive and in exchange I had to stop complaining about the giant controller. That's a good trade-off, I think, the controller got replaced and the hard drive turned out to be pretty good.

Speaking of the "Duke" controller, the panel sounded pretty amused at the story of how it came to be.

The Duke controller. Let's just say that starting out at a software company and deciding you're going to ship a game console involves what might be referred to or termed a steep learning curve, and there's design issues and all sorts of things. I mean, to cut a long story short, what I heard, which may or may not be true, but the story that represented to me, possibly to put me off from complaining so much, was that somebody's brother-in-law had an electronics design firm...and they had designed the internal circuit board for the controller with the features that we wanted, and he could make this, but the circuit board was essentially the size of a large dinner plate. And so, this poor woman, Denise, was given the job of fitting this large formal dinner plate inside of some industrial design that would make it seem like a game controller. And so she accomplished this task.

So how did the team get Microsoft to switch to the "S" controller?

I can remember putting it on my leg in Japan and trying to say, "See, you can rest it on your leg," and this Japanese TV host put it on his leg which is much smaller than mine and it immediately fell off and he said, "no..." The Duke was a non-starter in the Asian market, period. One of the things we did to try and get the smaller controller started up again after I made the political decision that I couldn't complain about it anymore was to go to Japan and talk to Japanese developers and we had this letter and we had so many devs complaining about the controller so we put it in a spreadsheet, so we used Excel which inside Microsoft means you're serious, it's the nuclear option, it's one step before Powerpoint which you know is the real nuclear option.

The team also told the story that the Xbox was originally built using AMD hardware. At the last second, right before a major conference, the technology stack shifted to Intel.

AMD had helped us with all this crazy soldering to get the brand new video bus going and all this stuff, then two nights before Bill [Gates] called Andy Grove and they decided to use an Intel processor. And so Bill went out, the AMD guys are in the audience all excited, and Bill goes out and says, "with our partner, Intel," and I could see all the AMD guys looking like they're going to kill themselves.

There was also a good discussion about the infamous "Red Rings of Death." Initially the Microsoft engineers couldn't figure out what the root cause of the issue was, other than it was heat related. The company ended up spending $1.5 billion dollars to fix the problem, including a staggering $240M just for FedEx shipping. Luckily for gamers, Steve Ballmer saw the bigger picture and didn't blink an eye at the costs:

If you're an Xbox gamer, you can thank Steve Ballmer for not even hesitating. Now, we were a wealthy company that could afford to do that. But not even hesitating because the brand was more important. If we hadn't made that decision there and then, and instead tried to fudge over this problem, then the Xbox brand and Xbox One wouldn't exist today.

There's a lot of other information packed into the podcast, including information about Gears of War, sports titles, and more. If you're curious about some of the inner workings of the Xbox team, then you owe it to yourself to check out the 90 minute podcast.