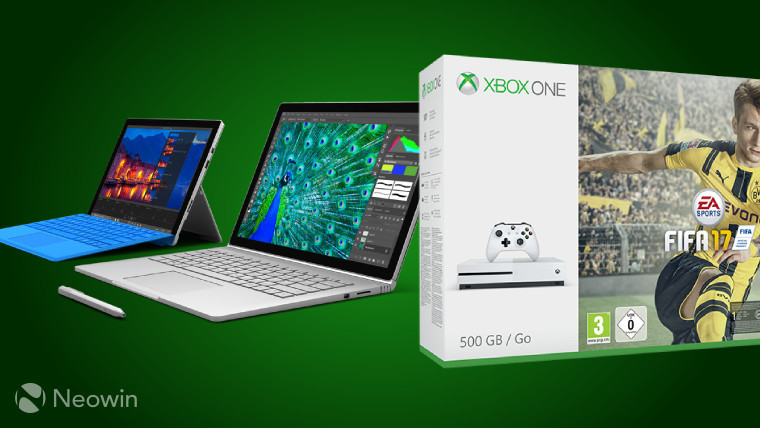 There's been no shortage of Surface deals in the UK in recent weeks, and now another promotional offer has arrived at the Microsoft Store there.

The company is giving away a free 500GB Xbox One S FIFA 17 Bundle worth £249.99 with purchases of certain Surface Book and Surface Pro 4 models.

The offer applies to all Surface Pro 4 models in the range above, and including, the £1,079 version with Intel Core i5 processor, 8GB of RAM and 256GB of storage. Those who buy any Surface Book with a discrete GPU, priced from £1,599, will also qualify for the offer.

The deal will remain available until November 9 - but with the holiday shopping season just around the corner, it seems likely that there will be plenty more deals to look forward to in the coming weeks.