Two years ago, Microsoft acquired Perceptive Pixel (PPI), manufacturer of gigantic touch displays for business and education. PPI's screens were most notably used by Microsoft to show off the 'touch-first' capabilities of Windows 8 at its launch. 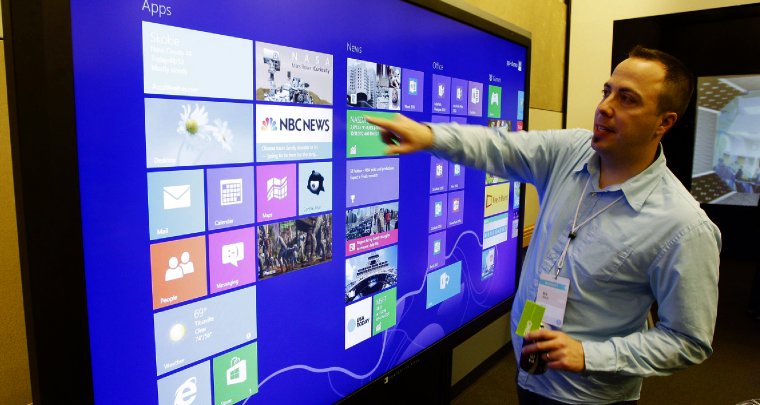 Since that acquisition, though, things have been a bit quiet on the PPI front, although the cost of these immense devices has gradually crept down to more 'affordable' levels. The 55-inch model is currently available for around $7,500 - but that still puts it out of the reach of many smaller businesses, as well as schools and universities, which are all carefully watching their pennies in these straitened times.

But as ZDNet's Mary Jo Foley reports, that may be about to change. Mary Jo highlights a report in The Australian - which she has confirmed via one of her own sources - noting that Microsoft's Stephen Elop spoke yesterday of the company's plans to begin 'mass producing' PPI displays.

Elop did not elaborate further on exactly what Microsoft has planned, but it seems likely that the company intends to extend the availability of its productivity-focused touch displays, and that could mean new products at lower price-points. For now, this is purely speculation - but the fact that Microsoft is already gearing up to increase production suggests that we could be hearing more about its plans soon.