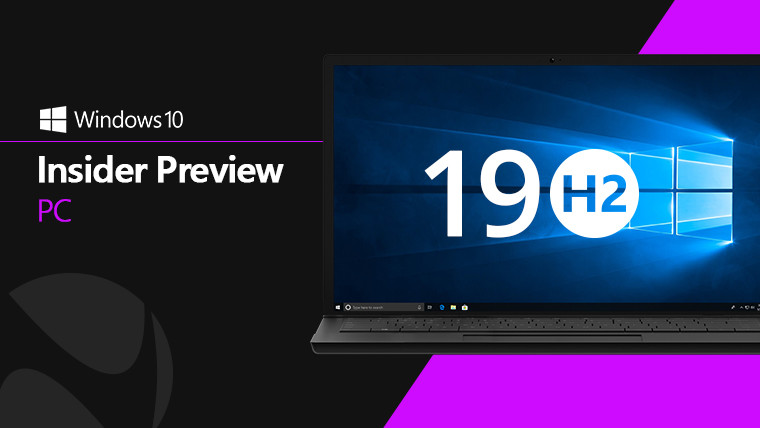 Today, Microsoft announced that it's bringing Windows 10 19H2 to the Release Preview ring, marking the first time that the ring is receiving a preview for a feature update before the RTM build is made available. The reason for this is because the firm is actually testing a variety of methods with 19H2. The Slow ring already has two tracks, one with features turned on and one with features turned off.

Now, the Release Preview ring will get build 18363.327, which is actually a higher build number than the Slow ring has. Previously, 19H2 builds have only seen increases to the minor build number, keeping the same major build number as Windows 10 version 1903, which is 18362.

This method made sense, as when Microsoft originally announced the 19H2 update, it promised to deliver it in the same way as a monthly cumulative update. The firm never explicitly promised that the build number would remain the same.

This news actually isn't very surprising. As we reported on back in early July, Microsoft has been testing Xbox Insider Preview builds with the 18363 build number for about a month and a half now. Now, it's confirmed that as is always the case, the Windows 10 and Xbox One build numbers will be aligned for production.

Microsoft says that the reason it changed the build number by one was to designate this as a feature update. Interestingly, Brandon LeBlanc said in the blog post that if you're on the Slow ring, you won't be able to switch over to Release Preview due to the way that updates are packaged. The new build also doesn't have the same feature-set as the one in the Slow ring. Presumably, you also won't be able to switch from Release Preview to Slow, given that you'll be on a higher build number.

Windows 10 19H2 should be released around the October timeframe, with an RTM build arriving for Insiders in September. LeBlanc was clear though, that this is not the RTM build.