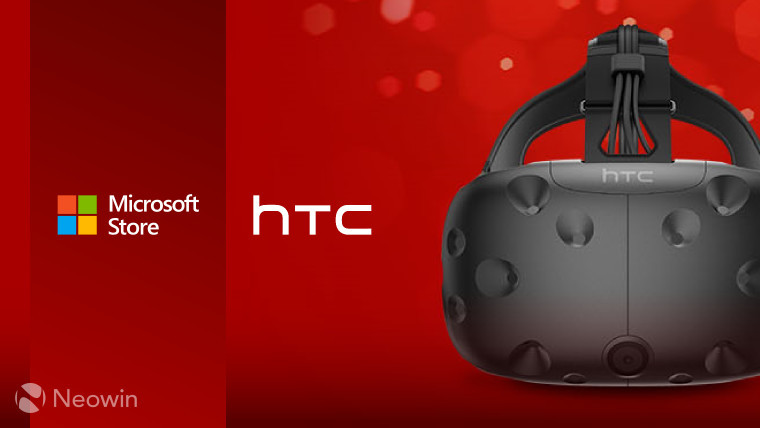 Along with significant discounts on its Surface Book and Surface Pro 4, and chunky savings on the Lumia 550, Lumia 650 and Acer Liquid M330 Windows 10 Mobile phones, Microsoft has also launched a new deal aimed at those thinking of buying a virtual reality headset.

The Microsoft Store is now offering $100 off the HTC Vive VR system, reducing its price from $799 to $699. Sweetening the deal further, Microsoft is also throwing in a free $100 gift code to use on future purchases from its store.

If you're more interested in the Oculus Rift VR headset, priced at $599, Microsoft will also give you a $100 gift code with that purchase, but you won't get the $100 discount available on the Vive.

While the free gift code will continue to be provided with both headsets until December 31, you'll have to be quick if you want to get the discount on the Vive, which will end on December 27.