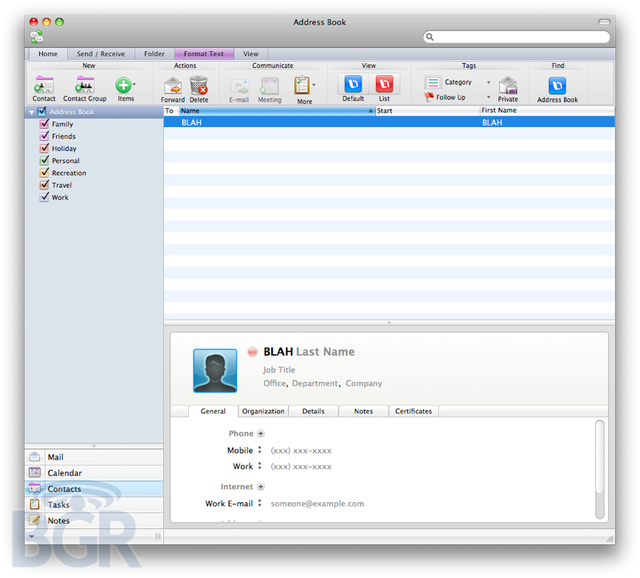 Boy Genius has posted some early screenshots of Microsoft Office 2011 for Mac.  The screenshots reveal development on Outlook, Word, Excel, and PowerPoint 2011.

Much like Microsoft Office 2010 appearance, Office 2011 for Mac includes the ribbon on every application.  This will also be the first time Outlook will be available in the Office Suite for the Mac.  The appearance between Outlook for Windows and Mac appear to be similar, including a mail preview pane, calendar, contacts, tasks and notes available for use.

The screenshots also show a quick search in the toolbar for Outlook, Excel, and Word, for searching within your inbox, spreadsheet, or documents.  Office 2011 is also said to include the same multi-use feature that Office 2010 includes, allowing for you and your co-worker to work on the same document at the same time.