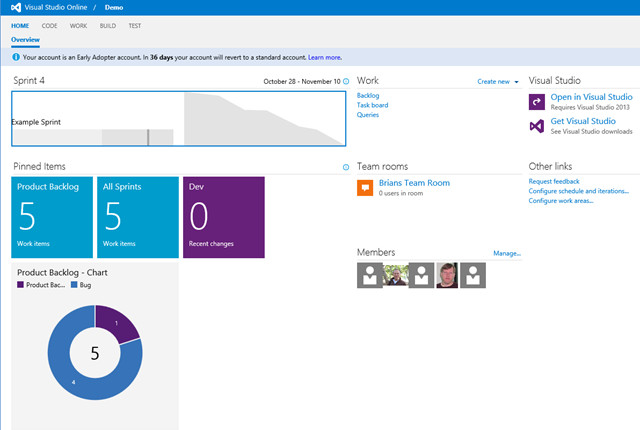 Microsoft released the final version of Update 1 for Visual Studio 2013 just a few weeks ago but it was mainly for bug fixes found in the company's software development tools. This week, Microsoft released a Community Technology Preview version of Visual Studio 2013 Update 2, which is being designed as a much bigger and more important software patch.

Microsoft executive Brian Harry announced the release on his blog, saying, "This CTP is *not* feature complete and it is *not* “go-live”. It is an opportunity for you to get a peak at some of the things we are planning to release in Update 2." In other words, Visual Studio 2013 users don't need to rush out to download this version unless they really want to get an early look at some of its new features and improvements.

Harry goes over some of those additions in the blog, including being able to pin a chart to a project homepage along with adding a way to customize the chart colors. Users will also be able to export their test plan to HTML so they can read them offline. There are also a number of improvements for Team Foundation Server included in Update 2. The final version of Visual Studio 2013 Update 2 will be released later this spring.

Microsoft has also announced that Windows Embedded Compact 2013 will gets its own spring update that will fully integrate Visual Studio 2013 along with other new features.