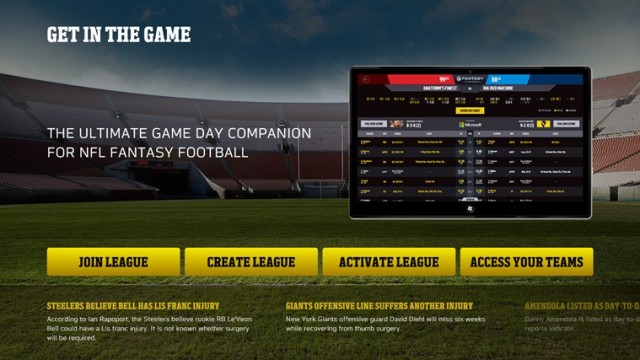 In May, as part of its Xbox One press event, Microsoft announced a new agreement with the National Football League that included a way for Surface tablets to be used on the playing field. Today, the company revealed more information on what this will mean for fans of professional football in the U.S. as it launches NFL.com Fantasy Football apps for Windows 8, Windows Phone and Xbox 360 platforms.

According to Microsoft's Xbox Wire website, all of the new apps have been designed to help fans track their fantasy teams and leagues that are available via the NFL.com website. They have been released two days before the first NFL game of the regular season gets underway on Thursday. 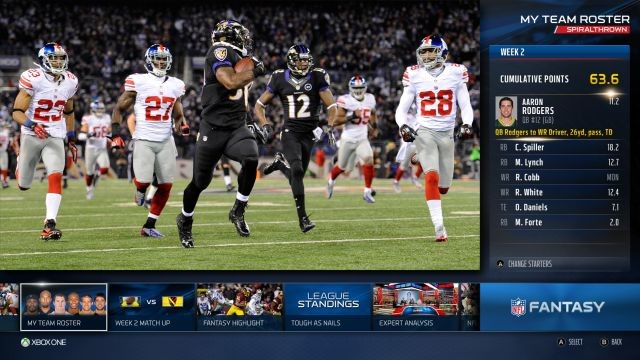 In addition, Microsoft has announced that the Xbox One game console will be getting its own NFL apps when it launches sometime in November. Microsoft states:

Xbox One will personalize your NFL experience, for your team, with the best content the NFL has to offer including NFL.com, NFL Network, and NFL RedZone.  Whether you’re watching the game or not, Xbox One makes it easy to keep tabs on the league with Snap mode. You can watch live TV, play games, or watch movies, while simultaneously tracking your NFL.com Fantasy Football team, or checking in for the latest scores and stats.

The Xbox One will also be getting its own ESPN app, with news, video and stats from the cable TV sports network. Finally, Microsoft's announced that the NFL's use of the Surface will include the X2 concussion testing application, designed to assist in diagnosing players who might have taken a big hit on the field to see if they need to come out of the game or if they are really for another play.