Last week, Google announced a number of changes in its privacy polices. Those changes, which basically involve Google now sharing information gathered about its users with other Google services such as Google+, has generated a lot of concern among some Internet users. In fact the US Congress is holding a closed door hearing in Washington DC with Google officials to discuss these changes.

Microsoft has decided to come out swinging, slamming Google's privacy policy changes in a new blog post today as well as a large ad (seen below) that will be found inside many major newspapers this week.

Microsoft's statement in the newspaper ad states in part:

Google is in the process of making some unpopular changes to some of their most popular products. Those changes, cloaked in language like "transparency", "simplicity" and "consistency" are really about one thing: making it easier for Google to connect the dots between everything you search, send, say or stream while using one of their services.

But, the way they are doing it is making it harder for you to maintain control of your personal information. Why are they so interested in doing this that they would risk this kind of backlash? One logical reason: Every data point they collect and connect to you increases how valuable you are to an advertiser.

Naturally, Microsoft says that Google users that are put off by these changes should consider alternatives, such as Microsoft's Hotmail, Bing, Office 365 and Internet Explorer products. 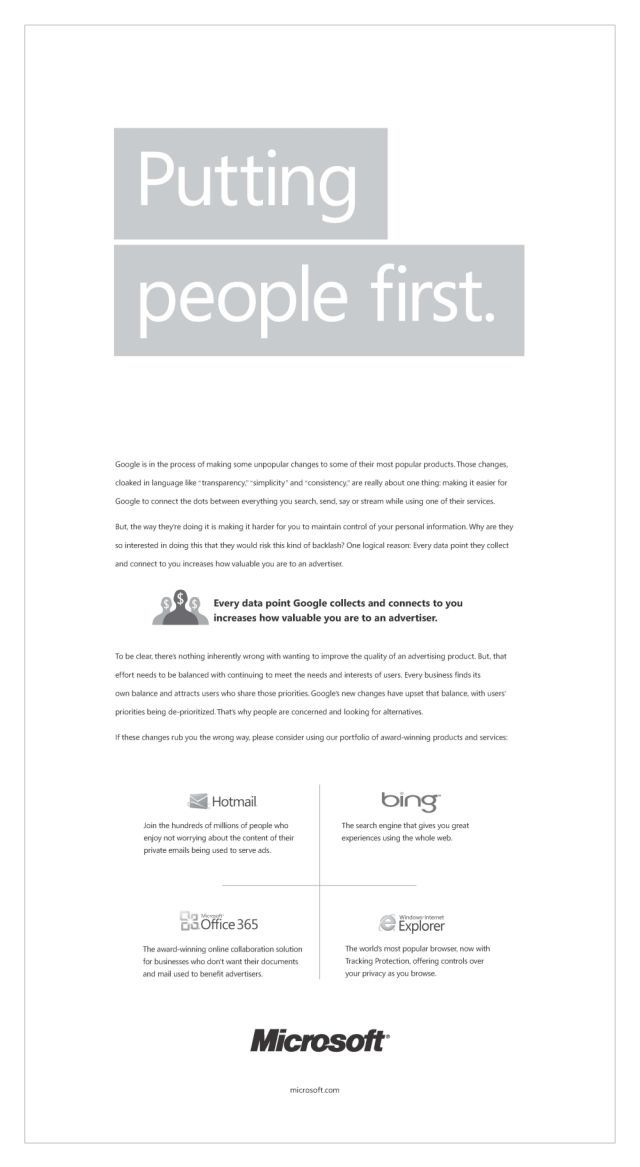