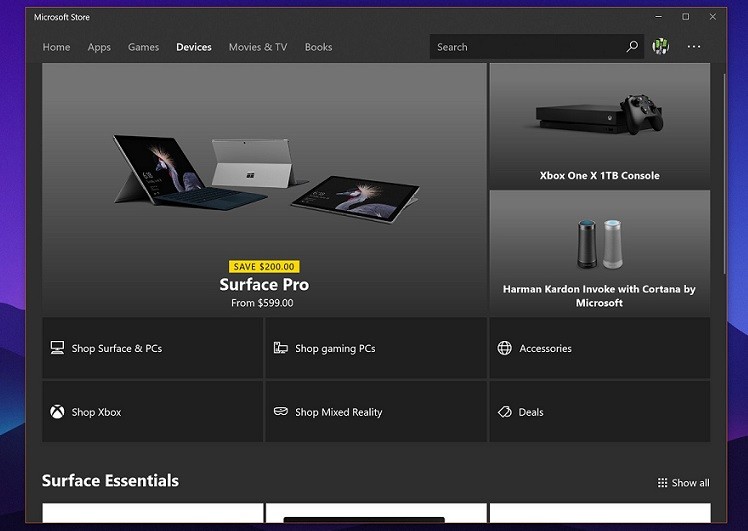 While the Microsoft Store app recently added the option for consumers to purchase Windows devices and accessories, it didn't have a dedicated tab for these products. That changes now with the version 11802.1001.11.0 of the app, which introduces the "Devices" section to Microsoft Store for Windows 10.

As its name suggests, the dedicated Devices tab brings consumers directly to a separate selection of Windows devices such as the Surface and PC hardware, Xbox consoles, gaming computers, Mixed Reality headsets, and accessories.

It's worth noting that this catalog of hardware products is the same as the one found on the web version of Microsoft Store. The online shopping process also provides a payment experience similar to the desktop site.