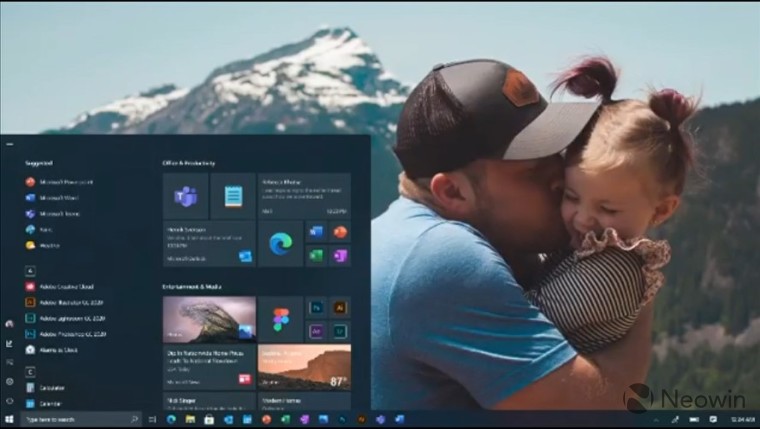 Earlier this week, Microsoft announced that Windows 10 is now running on over one billion monthly active users. The firm aimed at reaching this milestone in three years, but had to revise that goal a year into the release of the OS thanks to its phone business.

In a new video celebrating the milestone, shared on Instagram by Panos Panay, Chief Product Officer at Microsoft, the company has teased a few new UI changes coming to the start menu. The video starts off by going through the various versions of the OS from Windows 1.0 through Windows 10, after which the new app icons are seen replacing the older icons in the app list on the start menu.

The video then shows off a new layout to the start menu with tiles that have a more unified background color in dark and light modes, as opposed to the current design of the tiles where the app color dominates the background color. In addition to the Start menu, the video also provides a glimpse of the new unified File Explorer, updated context menus, and more.

Microsoft is building Windows 10X for modern form factors such as dual-screened devices. The redesign on Windows 10 might be part of a larger effort to bring more consistency across these two operating systems. While the new icons have already begun showing up for all users, the changes seen here may still be a work in progress.

With Windows 10 version 2004 almost ready for release and the fall update expected to be a minor H2 update, it is possible that these changes might not make it to the general public till 2021. However, it will not be surprising to see the changes make it to the Insider Program builds sometime later this year.