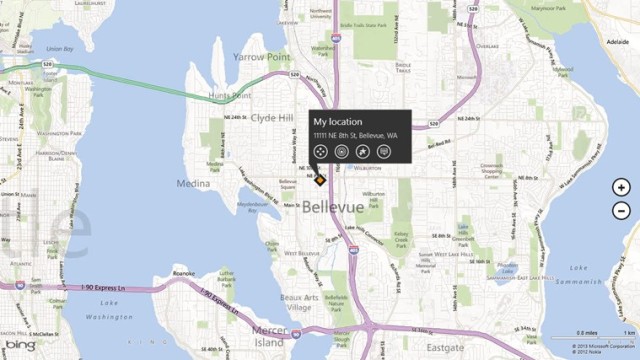 The change log for the Maps app shows quite a few new features that have been added, including venue maps, walking and transit directions, a way to find addresses from a user's contacts from inside the app, and a way to place favorites inside the maps. Other new features include finding new locations by category, improvements in navigation, and a way to report a problem with a map.

Microsoft has also released a new version of the Video app for Windows 8. The change log states, "When you buy a TV series, we’ll show your progress in a given episode and highlight the next episode to watch." The app also has a new way to access search from within the app as well as other unnamed UI enhancements.

Finally, the Finance Windows 8 app received an update today, but the page does not offer any information on what's been included in this new version.